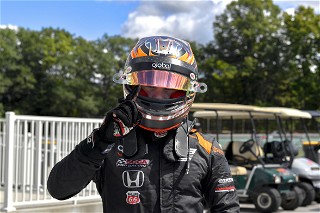 We had a very successful outing at Sebring International Raceway, sweeping the entire weekend and also claiming second in the overall Drivers Championship despite missing six overlapping races in the BRDC British F3 Championship. I would like to say a BIG thank you to Global Racing Group for all of the hard work throughout the weekend and season as a whole and also to all of my partners and supporters for the continued support on both sides of the pond. 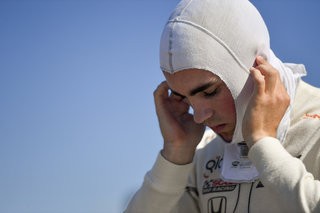 With a strong opportunity to seal up P2 in the overall Drivers Championship heading into the final round of the F3 Americas Championship Powered by Honda at Sebring International Raceway, all focus was on getting as many points as possible and ultimately getting as many wins as possible! Sebring proved to be an extremely physical track to drive, battling temperatures of 95 degrees Fahrenheit and the same percent humidity, also the simple fact that it’s one of the roughest and bumpiest tracks in the whole world! Manufacturers come here with new race cars to stress test before major endurance races like the Daytona 24 Hour and Sebring 12 Hour so to have formula car on this track is no easy task.

It by no means was an easy weekend as we suffered from a crash early on due to mechanical issue during Official Practice, only a couple hours before Official Qualifying. The Global Racing Group crew had a large task ahead of them to repair the car for Qualifying and this also meant that we were missing valuable track time leading up to Qualifying. But, with a great team behind me, I had no worries that the car wasn’t going to be ready. As a result of the mechanical, we also had to alter the setup to help strengthen the car over the famous Sebring bumps. Although this helped with the overall strength, it did compromise the balance of the car before heading into Official Qualifying. Despite this small setback, we still managed to come out on top all weekend, claiming Pole Position in Qualifying and WINS in all THREE races! 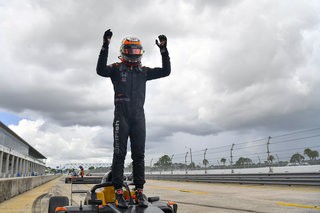 I would like to say a BIG thank you to Global Racing Group for all the hard work throughout the weekend and the season as a whole, as well as my personal sponsors and supporters for the continued support on both sides of the pond throughout the entire 2019 season! Looking back at the year as a whole, we captured:

2nd in the overall Drivers Championship in F3 Americas

Qualifying
Qualifying results put me in Pole Position (1st) for the start of Race 1 and the session proved to be extremely tight the entire session, making the overall Pole very rewarding. As the session got underway, we found ourselves in the top-three, around three tenths off Pole, and with track conditions improving every lap, the times continued to drop. With only five minutes to go, I still found myself in P3 so I pushed as hard as I could keeping in mind that the fuel load was going down and then on the last lap, I was able to grab Pole by only 0.008 of a second! This was exactly what we needed to give ourselves the best possible chance of success in Race 1 so overall a great result for the team and myself thinking about the overall points. 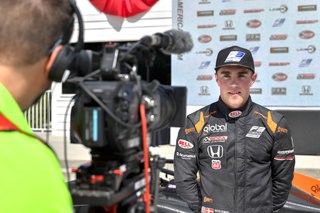 Race 1 – Saturday, September 14, 2019
Starting from Pole Position (1st), all focus was on getting the win and creating a healthy gap to the rest of the field. As the lights went out, I had a great start off the line and managed to create a small gap for myself heading down to Turns 2, 3, and 4. For the remaining opening lap and laps after that, I continued to push as hard as I could to create a gap for myself and by Lap 3, we had a strong five-second gap to the rest of the field! This gap unfortunately went away as a full course caution came out about halfway into the race but overall, we were able to have a successful restart and again make another healthy gap! As the checkered flag came out, we secured the top spot on the podium and grabbed our sixth win of the season, maximizing our points for Race 1!

Starting from second position based on the fastest lap time in Race 1, all focus was on getting a good start and getting by the P1 driver as early as possible! As the lights went out, I had a strong start. I was able to make the pass right away through Turn 1 on the outside, having the momentum all the way down to Turns 2 and 3. Having made the pass early on, focus quickly changed to creating a gap like Race 1 and by Lap 3, I had a good 4 seconds built ahead of the P2 driver. I continued to push every lap and by the time the checkered flag came out, we sealed up our seventh win of the season – the best possible points scenario thinking of the Overall Drivers Championship! 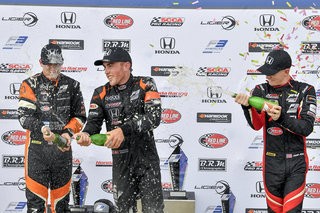 Starting from third position based on the fastest lap time in Race 2, we really had some work to do for this race to try and get the win! As the lights went out, I had a great start just like Race 2 and I immediately had the momentum. With an opening on the inside of the two lead drivers heading into Turn 1, I went for it! A bit surprised myself in the heat of the moment, I managed to get by both P1 and P2 and claim the top spot myself by Turns 2,3 and 4! Focus quickly changed to getting away from the field and by Lap 5, I had a good three second gap back to P2! This gap continued to grow as the race progressed and by the time the checkered flag came out, we got our eighth win of the season, my first CLEAN SWEEP of my career!

With this event now in the books, it marks the end to the 2019 racing season but preparations for 2020 are well underway, please stay tuned for upcoming testing and season plans.