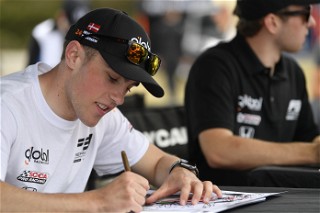 For this weekend at Barber Motorsports Park, I was called up last minute due to a pre-season injured driver on Global Racing Group and was asked to fill in for the weekend to maximize with team points and exposure in front of the NTT Indy Car Series. I of course saw this as a big opportunity and I’m extremely happy we were able to produce great results throughout the entire weekend! As always, I would like to say a BIG thank you to Global Racing Group for this opportunity as well as all the hard work they put in during the race weekend! For all of my supporters and sponsors, thank you for your continued support and help, it is really making the difference especially for my transition over to Europe in the British F3 Championship!

The opening round for the 2019 F3 Americas Championship at Barber Motorsports Park was an amazing experience and we were able to produce some great results throughout the entire weekend! As a support series to the 2019 NTT Indy Car series, the fan and team exposure was great, something very important in this stage of my career. In addition to Indy Car, we also shared the weekend with Porsche Cup, Lamborghini Super Trofeo, and finally Mazda MX-5 Cup. In regards to the weather, we saw a bit of everything from heavy rain to hot and humid track conditions, something my pre-season training and test program really showed to benefit. I was consistently among the top of the standings in every session, securing Pole Position in Qualifying, a lights to flag WIN in race 1, and a strong P2 finish in race 2. 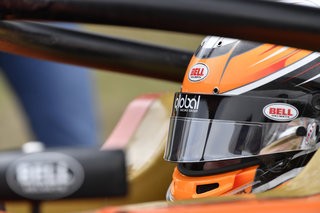 Qualifying results put me on Pole Position (1st) for the start of race 1 so I knew a good result within the race would be possible! As the session got underway, we waited in pit lane for roughly 4-5 minutes to let the track surface clean up since we were the first series on track that day and we also wanted to see if there was going to be an early red flags, potentially messing up our qualifying run on new tires. As per our predictions, a red flag came out just before we were going to release onto track so our strategy went perfect! We then drove down to the end of pit lane to wait for the green light and be among the first on track with brand new tires and only limited time remaining in the session. As we resumed the session, I knew the chance of another red flag was high, so each lap really had to count. The first four laps went by and we were comfortably on Pole by roughly half a second.  Although it was a short session, it shows just how important it was to get up to speed quickly and set a fast lap time, and I’m extremely happy we were able to get Pole Position!

Starting on the Pole, a race win was for sure in the mindset. As the lights went out, we had a strong start and maintained our position for the opening lap. With laps 2 and 3 going by, my teammate Dakota Dickerson (P2) and myself were starting to pull a strong gap to the rest of the field, but the gap between ourselves staying the same. By lap 8, we had roughly an 18 second gap to the P3 driver so we really checked out and were able to have a clean race without much risk from the rest of the field. My teammate started to put pressure on me with 2 laps to go but made a slight mistake sending him into the grass and ultimately leaving a big gap between us. 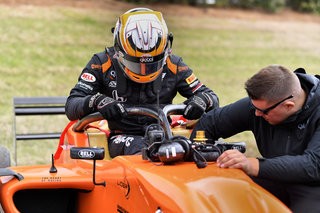 By the time the checkered flag came out, I got the win by a strong 7 second lead! From the team perspective, we were able to secure P1 and P2 on the podium so our points were maximized in the team championship, one of our main goals within the weekend as a team. Within the race, I secured the second fastest lap time, missing Pole by only 0.04 of a second, so I knew we would have another strong chance for a win in race 2. Overall it was a very strong day, securing Pole Position in qualifying and then a lights to flag win in the race.

Starting in second position based on the fastest race 1 lap time, a win again was in the mindset. This race would prove to be tricky with conditions, as the whole night before it had been pouring rain and we again were the first series on track for that day. We knew that the track would dry quickly as the sun came out early and there was a slight breeze of warm air just before the race start. Despite this, the series still mandated a wet tire start so we knew we likely had to make the rain tires last the whole race! As the lights went out, I matched the pace of my teammate Dakota who was on Pole, and we maintained our positions for the opening laps. Similar to race 1, we both started to check out from the field, but the gap among ourselves staying the same. As the track was drying rapidly, we were desperate to find wet spots on the straights to cool down the rain tires and make them last for the entire race, and as we got to the half way point, I really started to catch my teammate and put the pressure on. We started to have small battles and I could tell he was struggling with tires and then as I was ready to make a move, a safety car came out due to an incident further back in the field. Hoping that we could have another green flag restart and another run at the win, we unfortunately finished the 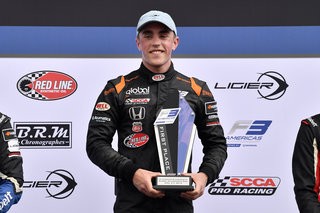 race under full course caution and this had us finishing P2. Disappointed with not being able to finish the race under green, I was still extremely happy for the team as we secured both P1 and P2 again, maximizing the team points! Overall, it was a very strong weekend for myself and the team, and I’m happy we were able to have a good showing in front of the NTT Indy Car series as well as some top Sports Car teams within Lamborghini Super Trofeo and Porsche Cup

We left the weekend with a strong lead in the team championship and I share the lead in the Drivers Championship with my teammate, Dakota Dickerson. As always, I would like to say a big thank you to Global Racing Group for all of their help and hard work throughout the pre-season and race weekend, as well as my personal sponsors for their continued support – I look forward to carrying this momentum over to England now for the first round of the British F3 Championship!