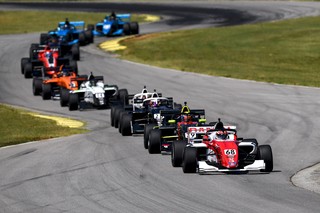 Last week, SCCA Pro Racing and Formula Americas Network announced that the Formula Regional Americas Championship Powered by Honda will make its to television debut in 2020 with a significant broadcast package. (full story)

The first season will feature 14 episodes, showcasing one-hour race recaps with interview highlights from drivers and teams from each round, and an inclusive mid-season round-up show for a total of 29 original episodes for Season 1 (combined with F4 U.S. episodes). The extensive race coverage will saturate programming schedules in September with 25 programming dates.