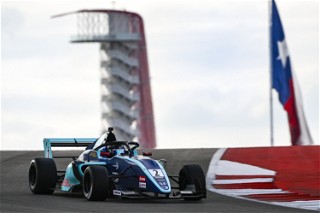 With the result, Westling jumped to eighth in the 2022 FR Americas championship standings earning two FIA Super-license points, which accrue to allow young drivers to ultimately earn their license to race in Formula One.

Westling started his driver development program just twelve months earlier by attending a Jensen F4 Racing Camp. After some winter testing, he competed in the F4 California Winter Series where he scored a pair of second-place finishes en route to finishing second in the winter series championship. He then entered the 2022 Formula 4 United States Championship Powered by Honda (F4 U.S.), where he quickly progressed to finish regularly inside the top 10. In total, Westling competed in 18 races over seven event weekends driving the Ligier F4 car, including the first four rounds of the 2022 F4 U.S. season. 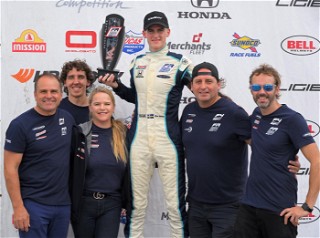 Graduating to FR Americas was another big step in Westling’s race car driver development program, with view to competing full-time in the series during the 2023 race season.

Jensen F4 Championship Team owner Eric Jensen comments, "We have been quite pragmatic with Oliver's development program during the past year. Obviously, a young driver needs to show that he is both competitive and safe before graduating to the next step on the F1 driver development ladder. Oliver has surely been one of the best students that I've had in my 20-year coaching career, and the results speak for themselves with his F3 series podium at the Austin F1 track. I very much look forward to our next chapter together, helping Oliver to what hopefully can be a championship-winning season in Formula Regional Americas in 2023."