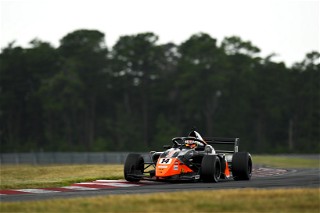 FR Americas will have an action-packed day tomorrow with qualifying in the morning, followed by races 1 and 2 in the afternoon. Qualifying will take place at 10 a.m. ET, followed by a fan walk in the pre-grid area at 12:30 p.m. Lights out for Race 1 is scheduled at 1 p.m. followed by Race 2 at 5:10 p.m. Fans can follow @FRAmericas on Facebook,Instagram and Twitter for updates, or use Race Monitor to follow live timing and scoring.