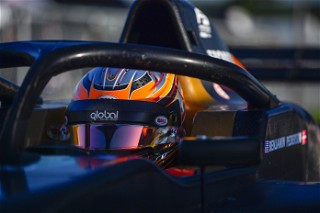 The partnership will grant the top three finishers in each championship with varying levels of support from both Bell Helmets and OMP Racing as part of their end-of-year awards.

“We’re excited to have Bell Racing back and welcome OMP Racing to our paddock,” said Sydney Davis Yagel, Championship Manager for both FR Americas and F4 U.S. “Both Bell and OMP are widely-recognized, influential brands and their support can help raise our drivers to the next level. Their state-of-the-art products are synonymous with safety, innovation and performance—some of the same qualities we look to focus on in both of our Championships.”

“We’re proud to expand our support of FR Americas and F4 U.S. Championship,” said Kyle Kietzmann, Chief Commercial Officer of Racing Force USA, Inc.. “These drivers are just beginning their professional careers, and to be able to establish relationships with them at this stage is really something special. It’s exciting to think where the future of motorsports may take us and how the young drivers that we support though FR Americas and F4 U.S. may impact that.”

About Formula Regional Americas Championship & Formula 4 United States Championship, Powered by Honda:  The FIA-certified Formula 4 United States Championship & Formula Regional Americas Championship are designed as entry-level open-wheel racing series offering young talent the opportunity to demonstrate their skills on an international platform while keeping affordability and safety as key elements. The Championships align with the global FIA development ladder philosophy of using common components to provide a cost-efficient, reliable and powerful racing structure as drivers ascend through the levels on their way to U.S. or global racing success.