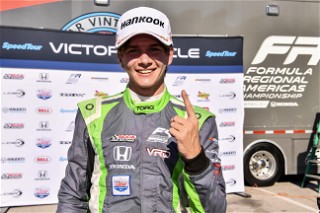 Racing his series’ debut, Jason Alder won Race 1 for Formula Regional Americas Powered By Honda at Circuit of The Americas (COTA) on Friday afternoon. The 18-year-old rolled off in the fifth position and paced his way through the field with his Hankook tires. He was scored third as they crossed the line to begin lap 6, but when the top two drivers tussled going through Turn 1, Alder made the pass to take the lead and never looked back. The Cookville, Md., native is fresh off a victory at COTA with the Formula 4 United States Championship (F4 U.S.) during the U.S. Grand Prix two weeks ago. 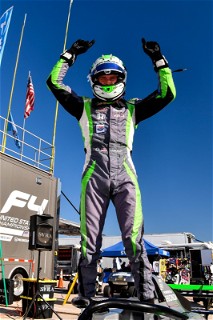 “I really just can’t believe we’re here,” said Alder, driver of the No. 77 Velocity Racing Development Ligier JS F3. “It’s been an incredible effort from everybody at Velocity Racing Development. It’s been a learning experience for me and we’re just trying to get a head start on next year. To come out with a win is sort of incredible for me, for the boys, and everyone back at the shop.”

After starting his career racing ovals in Legends cars, Alder moved to the F4 U.S. full-time for the 2021 season, before stepping up this weekend to race the No. 77 Velocity Racing Development Ligier JS F3 to get a jumpstart on 2022.

“I have some working out to do,” Alder said after climbing from his car. “Dealing with the weight was the biggest challenge. This is the most physically demanding race I’ve ever participated in. The FR car is a bit more physical than a Formula 4 car.”

“We struggled this morning with qualifying and to be fair we didn’t really have the pace in the race,” said Yardley following the race. “Luck had our way today, so hopefully, we tune it up overnight and get more speed out of it for tomorrow. Thanks to Kiwi Motorsport. I’m stoked to be racing here at Circuit of The Americas.”

Ernie Francis, Jr. came home in the third position driving the No. 98 Future Star Racing / Wings & Wheels Foundation Ligier JS F3 to mark his fourth podium of the season. After starting third, Francis Jr. fell back as far as the sixth position but worked his way back up to third before the checkered flag waved.

“It was a really great battle out there. I was really hoping we would still do a standing start because I got pretty good at those throughout the season, but we did a rolling start and I got behind a few places. We were trying to fight back to get into the podium positions and I knew I had to stay ahead of Jordan Missig to stay third in the championship. We got that done and then just tried to work our way up to the front. Overall, great first race and cool to be back on the podium with the Future Star Racing car.”

After sitting on the pole, Kyffin Simpson locked in the 2021 FR Americas Championship for his No. 21 TJ Speed Motorsports/Simpson Race Products/GoPro/Spy Optic team. Still holding a 65-point lead with two races to go, Simpson is officially outside the reach of second-place Joshua Car. 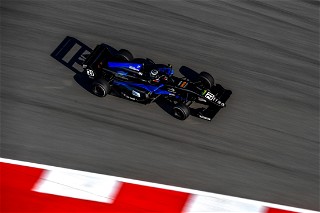