FR Americas Championship-decider headed to Circuit of the Americas 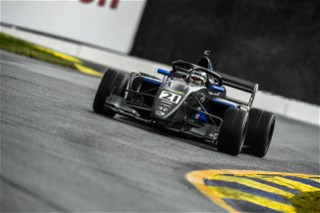 The 2021 Formula Regional Americas Championship Powered by Honda will finish their season at Circuit of The Americas (COTA) on November 4-6 during the Austin SpeedTour. Returning for the second year in a row to crown a champion, drivers will take to the 3.4-mile, 20-turn circuit on Hankook Tires for what is sure to be a shootout.

Kyffin Simpson, driver of the No. 21 TJ Speed Motorsports Simpson Race Products, GoPro, Spy Optic Ligier JS F3, enters the weekend with a 65-point lead over Sydney, Australia’s Joshua Car. Simpson’s lead is thanks to his five wins on the season, including a sweep of the first race of the year at Michelin Raceway Road Atlanta. Nine other additional podiums have proven that consistency is a championship-leading formula for the Grand Cayman native.

“When my competitors had bad races, I was able to capitalize on their mistakes and increase my Championship lead,” Simpson said. “I’m really looking forward to racing at COTA because it’s a great track for passing and close racing. I’m not approaching this weekend any different than others, just go out, have fun, and win races. I’m looking to finish the season how I started it, with a clean sweep.”

While still mathematically eligible, Car would need luck on his side to overtake Simpson in the championship battle. Car’s season has been a roller coaster with two wins and four additional podiums. 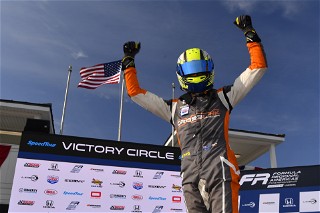 “I am looking forward to battling hard with other drivers in the championship,” the driver of the No. 9 Crosslink Competition Crosslink Coatings Ligier JS F3 said. “It has been a very competitive year; a lot of drivers have had speed to win. My goal for COTA is to have a fast, successful, and clean weekend. The championship battle is not in my favor going into the final round, but I will try and win the races to take advantage of any misfortune that may occur for my rivals.”

The battle for third in the Championship couldn’t be tighter. PMH Powering Diversity Scholarship winner Ernie Francis Jr. leads Jordan Missig by just one point. Francis Jr. has come on strong in the back half of the season with three wins, two of which came during the series’ most recent round of competition at VIRginia International Raceway (VIR). 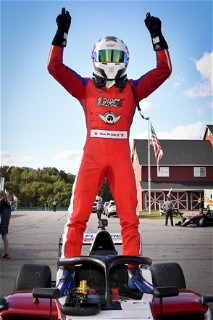 “I’m really looking forward to getting back on track at COTA.” the Future Star Racing Driver said. “I’ve had fun learning how to race the No. 98 Future Star Racing, Wings & Wheels Foundation Ligier JS F3 car this season. I feel like we’ve gotten better and better after every race, so we are looking to add more wins to our season. If we can continue the streak we started at VIR, I’ll be happy. We missed a few races because of my commitments with the SRX series, but if we can maintain third place it would be a very successful rookie season in FR Americas.”

Missig is coming off a successful penultimate weekend at VIRginia International Raceway with a win and a third-place finish in his No. 48 Newman Wachs Racing Autobahn Country Club Ligier JS F3. He hopes to bring back the consistency he had at the beginning of the season to make the most of his final three races of the season. 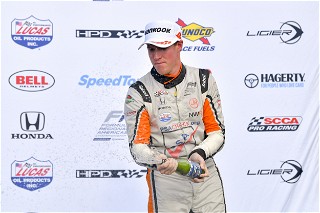 “I’m really looking forward to the season finale event at COTA,” Missig said. “The configuration of the track really matches well with these cars. We’re aiming to win all three races to secure our third-place spot in the Championship and finish the year off strong for my Newman Wachs team.”

“I’m excited for great battles at much higher speeds than the F4 U.S. cars,” Alder said. “My goal is to learn how these races progress and see what I’m capable of as well as the car. Being fresh off the F4 U.S. USGP race, I do believe I am at an advantage with track learning. To have experience and a win here is huge for my confidence as we begin the transition to the new car.”

Drivers will take to the track on Thursday, November 4 for testing and official practice. Friday’s schedule features qualifying and Race 1, and the season wraps up with two races and the Champions’ Banquet on Saturday. A schedule for the weekend is highlighted below.

Coverage for the weekend can be found on social media and the website: