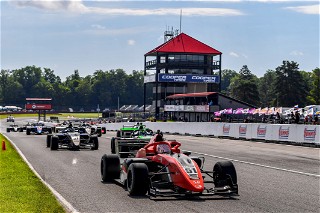 “2021 was our first full season with FR Americas and F4 U.S. as part of the PMH family, and while I’m proud of everything we accomplished this year, I’m even more energized and excited as I think about the future,” said Tony Parella, CEO of PMH. “We’ve put together a great schedule for 2022, including different venues with new challenges to push drivers to develop their skills. We’ve worked really hard to make sure that FR Americas and F4 U.S. are sustainable steps in a driver’s racing journey. Through scholarships and other programs, we’ve created multiple opportunities for drivers to take their careers to the next level.”

Both FR Americas and F4 U.S. will continue to act as a viable step for drivers aspiring to race at the top level of motorsport. In 2022, primary championship partners, Hankook Tires, Honda Performance Development and Ligier Automotive, will continue in their current capacity with SCCA Pro Racing sanctioning the events.

With affordability and safety as top priorities, and honoring FIA’s model of maximum seat time on an international platform, FR Americas and F4 U.S. will continue to compete as part of PMH’s SpeedTour platform. Each event will offer optional pre-event testing, as well as practice, qualifying and three feature races per weekend.

The SpeedTour platform allows for greater marketing exposure through live streaming of races and crowds of spectators attracted to the festival-like atmosphere, as well as increased networking opportunities through exposure to other race series like the Trans Am Series, Sportscar Vintage Racing Association and International GT. 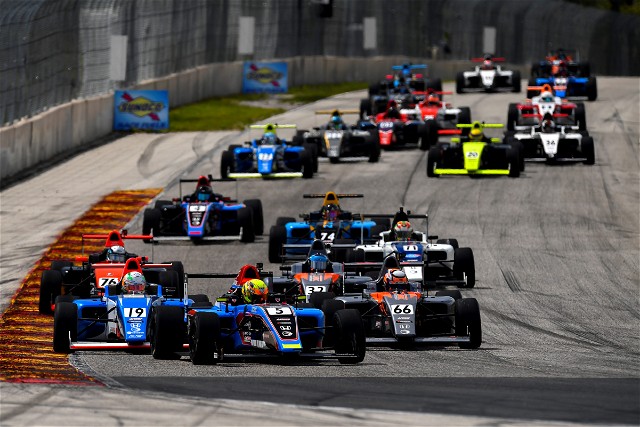 Before the 2022 season begins, drivers from FR Americas and F4 U.S. will have the opportunity to knock off the off-season cobwebs and shake down their cars at the SpeedTour Cup Invitational, a non-points event at Michelin Raceway Road Atlanta, March 24-27.

As the weather starts to heat up, so will the competition with visits to Road America, May 19-22 and Mid-Ohio Sports Car Course, June 23-26. In July, the series will return to New Jersey Motorsports Park in Millville, N.J., July 29-31, for the first time since 2018.

Teams will have a chance to regroup and prepare for their dash to the championship with a summer break before a return to VIRginia International Raceway for their penultimate race weekend, October 6-9.

From there, it’s off to Circuit of The Americas (COTA) in Austin, Texas, for the 2022 Championship weekend, November 3-6. Both the champions of FR Americas and F4 U.S. will be crowned following the final three rounds of competition on the 3.427-mile, 20-turn circuit.

As has become the tradition with PMH, there will be more than just a trophy on the line at COTA with championship-winning drivers earning scholarships for the following season, additional driving opportunities and more. The top drivers in each Championship will also be eligible for FIA Super License Points. Additional details regarding scholarship opportunities and championship prizes will be announced later this year.