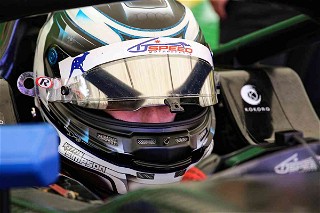 With the first half of the 2021 season behind them and as the current leader in both the Driver and Team Championship point battles, TJ Speed is excited to enter the second half of the season and carry that momentum. With the Brainerd International Raceway the next challenge in the FR Americas Championship Powered by Honda, the Indiana based team is ready to attack the weekend as they aim for the top step of the podium.

“It was a dream start to the season at Road Atlanta with three wins and four podiums and the success has continued to come our way,” explained TJ Speed’s Tim Neff. “We need to and will continue to push to always be better. Our goal is to win both the Driver and Team Championship and anything less than that would be disappointing.”

The TJ Speed driver lineup will remain unchanged entering rounds ten, eleven and twelve as Kyffin Simpson will lead the program into Brainerd. As the current point leader and multi-time race winner, Simpson is looking to continue his podium presence as is Canadian and two-time 2021 podium winner Logan Cusson. Varun Choksey also has a pair of podiums to his name this season and has shown he has the speed to run at the front of the filed while Frenchmen Baptiste Berthelot continues to make huge strides in his rookie season.

Neff continued, “Brainerd is a new track for a lot of the teams and drivers so I think the field will be much tighter. I know that it will help the drivers who don’t know North American tracks such as Baptiste as they are behind the local drivers who continually test and run at the tracks that we have already raced at this year. Our four car program is a definite advantage this weekend as we will be able to try different things on different cars over Friday’s test day and I think that will reward us with increased pace straight away. The goal is to win and score as many podiums as we can, and we will provide our drivers with the necessary equipment to accomplish this.”

Set to hit the track on Friday, please follow the TJ Speed social media channels for news, information, photos and results from the event weekend.