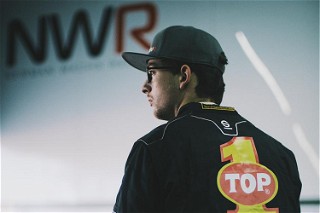 ELKHART LAKE, WI (May 17, 2021) – After the six-week break, the Newman Wachs Racing squad came out swinging at the 14-turn, four-mile purpose-built road course of Road America two weekends ago, scoring two podium finishes with Ian Rodriguez and one with Jordan Missig in Rounds 4, 5 and 6 of the 2021 Formula Regional Americas Championship season. The weekend, although cloudy and threating to rain, would see dry conditions for all sessions. After fighting with the lead group in Race 1 and finishing in a strong third position and on the podium, Missig made an error in Race 2 that caused to go off-course and the resultant damage sidelined him for the remainder of the weekend. The team is extremely proud of Rodriguez’s accomplishments and expect much more throughout the rest of the season.

“We unloaded very quick right off the truck and things were looking very promising for both drivers,” offered Brian Halahan, NWR Team Manager. “Three podiums for the weekend are good results for the team, but still I expect more. We let Ian down in Race 2 and if not for a mistake on the team’s part, I am confident that he would have had another podium. Jordan was fighting for the pole position up until the last seconds in qualifying and was extremely competitive in Race 1 with a third-place finish. Unfortunately, he had a very heavy impact on Race 2 and that ended his weekend due to the time restraints between Race 2 and Race 3, and there was nothing we could do to get him back on track. We’ll now regroup and prep for the next race.”

The Formula Regional Americas Championship series took to the iconic Elkhart Lake, WI road course on Saturday for two unofficial practice sessions in preparation for Sunday’s official practice, which was followed by the drivers’ single qualifying session to set the field for the weekend’s triple header and Race 1. Missig was holding strong on the provisional pole until the last lap when he was pipped back to third place. Rodriguez, who lives in Guatemala, held strong for the fifth starting position. Race 1 took place later in the afternoon. Straight away, Ian went on the attack, grabbing the lead on lap five and he continued to fight in the lead group. He would ultimately finish in the second spot. Jordan had his work cut out for him, as he fell back to fifth on the start. He continued to fight in the lead pack and worked his way back up to finish in third, putting two NWR drivers on the podium.

Monday morning brought on Race 2 of the tripleheader. This turned out to be an unfortunate race for the team. While fighting with the lead pack, Rodriquez had a mechanical issue and was forced to come to pit lane to have it fixed, which caused him to fall back to the 10th position. Missig was working his up in the lead pack as well, but he made a slight error near the halfway mark and went off-track, damaging the car too much to continue. Unfortunately, this would end his weekend. Later in the morning, Ian headed out for Race 3, starting from the outside of row two. He immediately went into attack-mode, smelling his first win. Ian diced it up the entire race with the lead pack and after a monster restart, he moved into the first position. Unfortunately, he would lose that lose the lead but still hung on for his second podium of the season with an impressive runner-up finish. As an extra bonus for Ian, he was chosen for the ‘Move of the Race,’ and received an Omologato watch. The team will head back to the shop, regroup and prep for the next race.

Important Note: None of the results from Road America are official at this time. The results and championship points could change over the next few weeks.

Driver Quote: “Road America was like a mountain. We climbed up to the top in the test sessions and got to the top in practice, finishing P1. We were very strong in qualifying being at the top of the charts for most of the session only to get bumped at the very end. The downhill fall started in the races as the balance of the car started to get away from us and it became very difficult keep up the pace as the fast guys in traffic. My weekend, unfortunately, came to a premature end as a small mistake was made in Turn 12 and ultimately ended my weekend early. I can’t thank the guys at Newman Wachs Racing for giving me such a rocket ship this weekend. I feel bad for them that I couldn’t produce the results we were looking for going into the weekend. On to the next one”

Driver Quote: “Coming from the incident in Road Atlanta, the team and I took advantage of the six-week break and started preparing for Road America, putting a lot of hard work into it. Overall, I think we had some great results. My first two podiums of the season and more podiums for NWR. I want to thank God for giving me the opportunity to be in this championship. And my father and team for supporting me. I’m looking forward for the next races, as we are continuously improving as a team.”