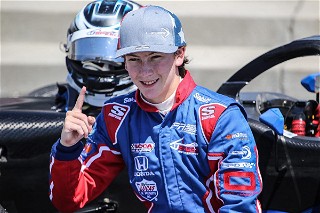 With Saturday reserved for unofficial practice, Sunday would see the TJ Speed drivers hit the track on three separate occasions. With one official practice session used to kick start the day, qualifying would take place just after the noon hour before the first wheel-to-wheel action went off later that afternoon. Kyffin Simpson scored the team’s best result in qualifying as he secured the second fastest time and outside front row starting spot. In one of the closest qualifying sessions ever in FR Americas competition, the top six drivers were separated by a mere .199. Logan Cusson slotted his #99 entry on the outside of row three in sixth while Varun Choksey and Baptiste Berthelot clocked the eighth and eleventh quickest times.

When the lights went out for race one, it was Simpson who had a disastrous start as a stall on dropped him to the tail of the field. From the front row to the last position, the current point leader then began a spirited drive forward to claw his way back to the fifth position earning valuable championship points. Choksey advanced forward on the start and ran inside the top-five for the first portion of the race but eventually finished in the seventh position while Bethelot earned an eighth-place result as he still worked on coming to grips with the Elkhart Lake facility. Canadian Logan Cusson looked poised to drive forward but had a rear wing failure in his first race of the weekend and nursed his car to a tenth-place result.

Race two of the Road America event weekend saw triple race winner Kyffin Simpson line up on the inside of the front row on the pole position courtesy of the fastest race lap in race one. Simpson utilized that position to jump to the lead early and never looked back. Leading every race lap from lights to checkered flag, Simpson netted his fourth race win of the year and fifth top-five result in as many races. Fellow TJ Speed driver Varun Choksey claimed his first career FR Americas podium result with a third-place effort while Cusson advanced forward from his tenth place starting position to finish sixth. Baptiste Berthelot crossed the line behind Cusson in seventh to put all four TJ Speed drivers in the top-seven. 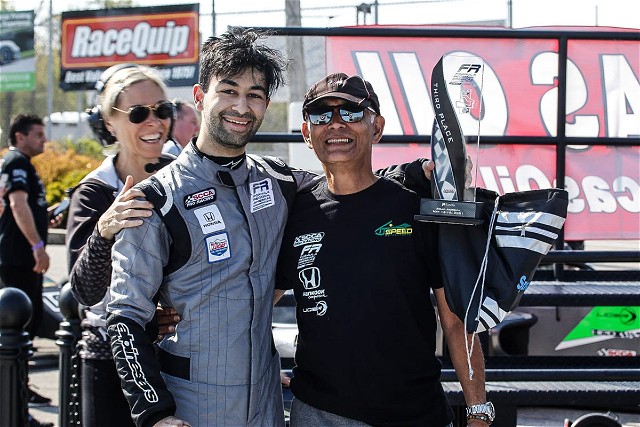 The first and third positions on the podium in race three of the weekend were a carbon copy of round two as Simpson inherited the lead on the final circuit to score his fifth win of the season. Hounding the leader and filling his mirrors, the potential race winner spun handing the point to Simpson who went on to take the checkered flag. Showing championship form, Simpson has been the class of the field for the first two event weekends and will look to continue that success at future events. Choksey added his second podium result of the day with another third-place effort while Berthelot had his best result in seventh. Logan Cusson ran in a podium position for the first half of the race before a broken gearbox forced him to the sidelines and out of the race. A huge disappointment for the #99 car after the progress made throughout the event weekend.

“Another good weekend for us as a team. We had our ups and downs but, in the end, two wins, four podiums and five top-five results are not bad,” expressed Tim Neff. “The target is firmly on our backs as one of the best teams in the series so we will continue to work hard, push our development and continue to win.”