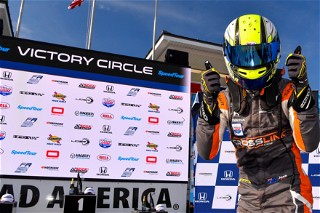 In an all green race filled with multiple lead changes and dozens of side-by-side battles, Joshua Car earned his first victory of the season on Sunday afternoon at Road America. Dylan Tavella finished in second place, giving the Crosslink Competition team its first one-two finish. Ian Rodriguez rounded out the podium in third.

On Lap 4, Car and pole starter Hunter Yeany went two wide going into Turn 3 battling for the point. The two cars touched spinning both out of the lead. Rodriguez and Tavella got by and Car rejoined in third. Yeany continued but out of podium contention to finish ninth overall.

Car eventually got by Tavella on Lap 7 and caught Rodriguez on Lap 11 to pass for the lead. Meanwhile, Tavella caught and passed Ian a lap later to hold onto second. 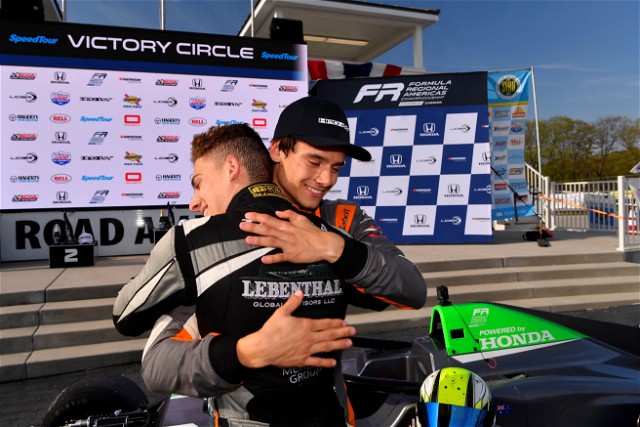 Championship leader Kyffin Simpson stalled at the start in his P2 starting position and rejoined at the back. Gradually working his way forward, Simpson set the fast lap of the race, managing a fifth-place finish at the end. He will start from pole in Race 2 tomorrow.

Varun Choksey ran in a lonely fifth for much of the race, but lost two spots on Lap 13, and stayed there to finish seventh.  Christian Bogle was in a battle most of the race, swapping between sixth and eighth multiple times, before finally getting back to sixth on Lap 13.

Baptiste Berthelot kept his head down, falling to the back twice in the opening laps, but eventually recovered for an 8th place finish on Lap 14. 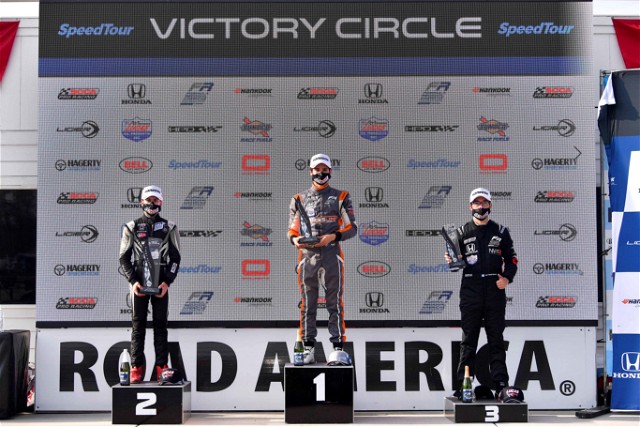