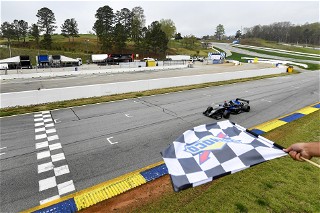 The Formula Regional Americas Championship Powered by Honda returned to racing action on Saturday at Michelin Raceway Road Atlanta after a long five-month off season. An international field of a dozen talented drivers took the green and when the checkers flew, the world was represented on the podium with three drivers from three different countries finishing on the podium.

Kyffin Simpson of the Cayman Islands mastered the 2.54-mile, 12-turn technical track, driving lights to flag for in the No. 21 Simpson Race Products/GoPro/Spy Optic car in a dominating 8.155-second win over the 2019 F4 U.S. champion Joshua Car of Sydney, Australia.

Logan Cusson of Port Hope, Ontario, finished third in the all green race for his second FR Americas career podium.

"The start was amazing, it set the tone for the entire race," explained Simpson. "I had a great gap already by the first corner. It was a nice easy race and solid win. I think we can keep up this momentum." 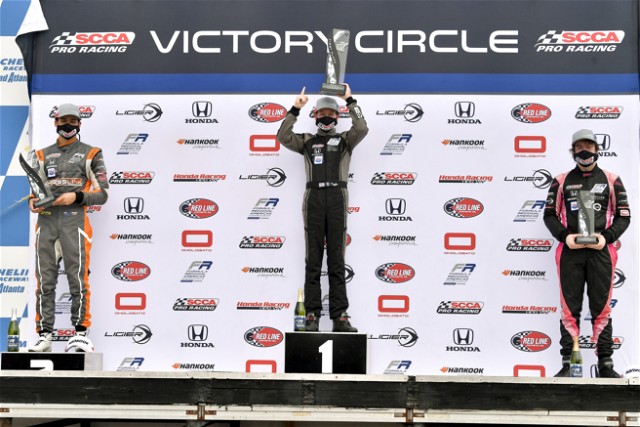 Simpson was quick off the line on the F1-style standing start, getting the jump on front-row starter Cusson. Christian Bogle pressured Simpson for the first part of the race but a spin midway through ended his podium pursuit. Bogles No. 7 CSU/One Cure/Lucas Oil/Pelican/Capri Tools Jay Howard Driver Development machine continued to finish in the top 10.

After starting sixth, Car used his Road Atlanta experience to swiftly cut through the field in his new green and black No. 9 Crosslink Coatings machine. Hoping for a full course yellow that never came to close the gap on Simpson, Car settled for a second-place finish.

"We worked really hard over night to get speed out of the car, and I learned as much as I could through the data," said Car. "We improved and had great speed the whole race, trading times with Kyffin (Simpson) the whole race. Very happy with the start of the season."

Cusson, who competed with FR Americas at Road Atlanta in 2019, crossed the stripe in third. With both Simpson and Cusson on the podium, the newest FR Americas team TJ Speed had all four of its drivers represented in the top-10. 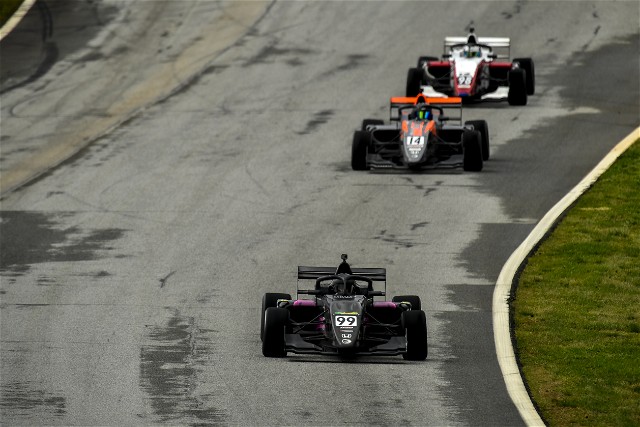 "It's great to finish on the box," said Cusson. "Congratulations to my teammate Kyffin for the win. The TJ Speed guys got the car nice and fast for me today. It was a great race and I'm looking forward to carrying this momentum through the season."

American drivers Jordan Missig and Dylan Tavella rounded out the top 10. The top eight drivers fastest times of the race (which set the grid for Race 2) were separated by a half a second.

Sunday will wrap up the weekend with Race 3 scheduled at its new time of 3:10 p.m. Eastern.

The full Atlanta SpeedTour weekend will be live streamed on the SVRA app. Download and Subscribe: https://bit.ly/3fpVysy