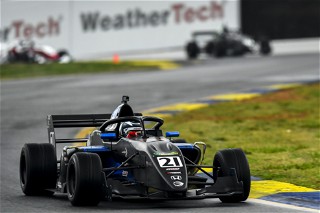 A dozen competitive Formula Regional Americas Championship Powered by Honda drivers suited up for the first qualifying session of the season on Friday afternoon at Michelin Raceway Road Atlanta, all with the same goal to be the fastest car on the technical 2.54-mile, 12-turn circuit.

Three different drivers held the top spot in the condensed 20-minute qualifying with only a half of second deciding the first three rows. But it was Kyffin Simpson from Grand Caymon who secured pole position with a fast lap of 1:19.141-seconds in the No. 21 Simpson Race Products/GoPro/Spy Optic Ligier. Simpson will be joined on the front row by his TJ Speed Motorsports teammate Logan Cusson of Port Hope, Ontario.

"I am feeling great after that result," said Simpson. "The entire TJ Speed team worked so hard this weekend. I am so glad that today came out well and get the pole for them. 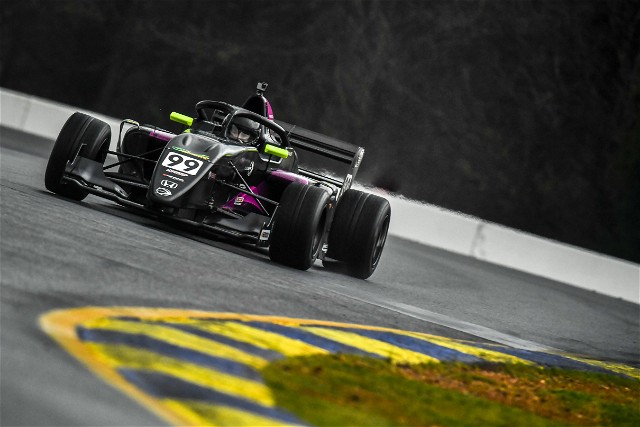 "Road Atlanta is a great course, it's one of my favorites," Simpson continued. "It has fast corners and earlier this weekend we had rain which made it a little more interesting through those fast corners. In qualifying the track was just a lot of fun."

Following an extended oil spill clean up earlier in the day from another group, the FR Americas qualifying session was shortened, giving the drivers just 20 minutes to get up to speed. In an all green session, Simpson, Cusson and Newman Wachs Racing's Jordan Missig of Channahon, Illinois, all found themselves leading a lap.

Cusson continued to find speed throughout the session and topped his personal best time on the final circuit (1:19.371-seconds), but with a bobble in a turn, he missed pole position by just .230-seconds. Saturday will be the Canadian's first front row start of his FR Americas career.

Cusson is the only driver entered for the weekend who has competed at Road Atlanta with FR. Cusson's lap times from his 2019 rookie season at Road Atlanta have improved by more than two seconds with the help of his new team.

"I have had a lot more experience than I had last time I am here," said Cusson. "I had a year in the car between that time, and I am on a really great team now. TJ Speed has really helped me out with coaching and the car was just perfect today. I am feeling super confident for tomorrow's race." 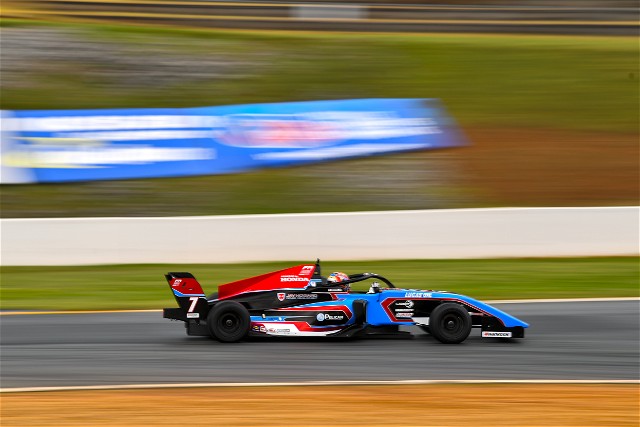 In his series debut, Jay Howard Driver Development rookie Christian Bogle (1:19.416-seconds) will start on point from Row 2 in the No. 7 CSU/One Cure/Lucas Oil/Pelican/Capri Tools. Bogle was fastest in the morning practice and slotted into third on the white flag lap. The F4 U.S. graduate competed at Road Atlanta in 2019 with JHDD in F4.

"It's been a pretty big difference moving from the F4 car into the FR car here at Road Atlanta," said Bogle. "We've done a pretty good job keeping up to speed. We had a strong practice session and came in third in qualifying. We have a strong starting position and I am looking forward to the race tomorrow."

PMH Powering Diversity scholarship recipient  Ernie Francis Jr. finished with the 10th fastest time of the day with a 1:21.202-second lap. Future Star Racing took position of Francis Jr.'s  No. 98 Ligier last weekend and Thursday's test day was the Francis Jr.'s first time behind the wheel. The seven-time Trans Am champion has two victories at Road Atlanta in Trans Am but has found that making the switch to open wheel comes with its own learning curve.

"The biggest difference between driving Road Atlanta in my Trans Am car compared to the FR Americas car is the braking and corner speed," explained Francis Jr. "I have to attack the braking zones so much differently. It takes a totally different mentality with the driving style so I am trying to manage rewiring my brain to go and drive this without losing it all for the Trans Am sessions. Future Star Racing has made this opportunity possible and it's been a great learning experience. I am looking forward to my first standing start tomorrow." 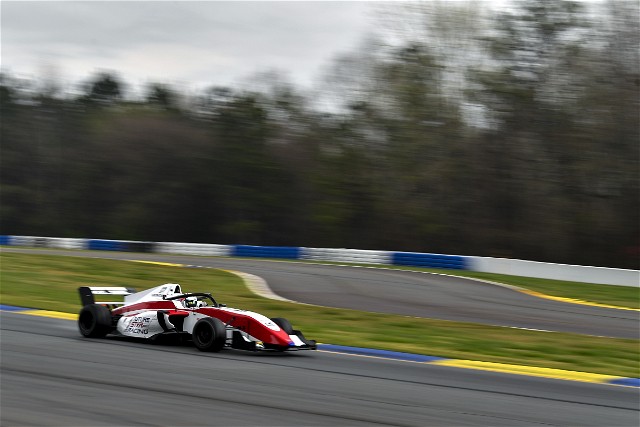 Saturday morning will kick off the triple-round weekend for the FR Americas drivers at Road Atlanta, starting with Race 1 at 8:50 am Eastern followed by Race 2 at 1:25 p.m. Eastern. Sunday will wrap up the weekend with Race 3 scheduled at its new time of 3:10 p.m. Eastern.

The full Atlanta SpeedTour weekend will be live streamed on the SVRA app. Download and Subscribe: https://bit.ly/3fpVysy