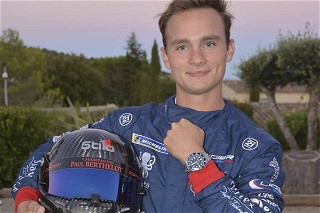 March 24, 2021 – Confirming a three-car driver lineup on Monday, TJ Speed is announcing today the addition of a fourth driver and car combination. Joining the Indianapolis based program this weekend at the Michelin Raceway Road Atlanta will be French driver Baptiste Berthelot in the #17 TJ Speed entry.

“It has been a long and drawn-out process, but we are finally able to welcome Baptiste to the TJ Speed family,” explained Team Owner Tim Neff. “We completed the deal three weeks ago but had to wait for a visa approval. It was touch and go on if Baptiste would arrive in time for the first event, but he is here now, and we are ready to go.”

Neff continued, “It is going to be interesting for sure as Baptiste speaks very little English and obviously is a rookie driver who has not competed at any of the North America circuits we will contest. He is set for a full season of competition, and we are confident that any of our four drivers can stand on the podium any given weekend.”