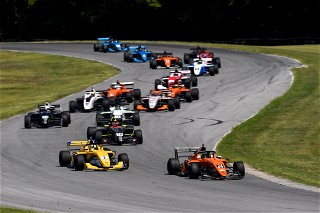 With extra funds available, PMH enhanced the diversity scholarship with a supplementary grant that will be awarded to the runner-up F4 U.S. PMH Powering Diversity Scholarship finalist.

The additional scholarship includes entry fees to all promoter test days and six championship events for one minority or female driver entering F4 U.S. for the 2021 season.

“We had an outpour of support from industry leaders and sponsors after announcing the PMH Powering Diversity Scholarship for F4 U.S. and FR Americas,” said Tony Parella, CEO of PMH and commercial owner of F4 U.S. and FR Americas. “With the additional support, we were able to raise enough funding for a bonus entry scholarship, furthering our efforts to create a more diverse field of formula drivers at the grassroots level.”

The finalists (one in F4 U.S. and one in FR Americas) for the full PMH Powering Diversity Scholarship, which includes all championship event entry fees from PMH, a season-long fuel stipend from Sunoco Racing Fuel and a parts voucher from Ligier Automotive North America, have also been selected for 2021 and will be announced in the upcoming days.