Linus Lundqvist moves up to Indy Lights with GRG and HMD 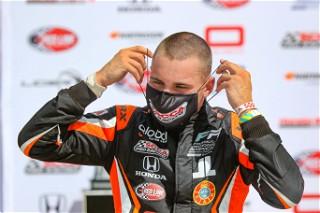 Lundqvist will move into the Indy Lights Presented by Cooper Tires championship in 2021, entering the top rung on the INDYCAR-supporting Road to Indy career progression path.

Lundqvist clinched an emphatic title in the lower-tier Formula Regional Americas Powered by Honda championship in 2020, winning 15 out of 17 races as he made an instant impact in his first season of racing in the USA.

In claiming the title, Lundqvist also became the first recipient of the Honda Performance Development (HPD) Indy Lights Scholarship to partly finance his rise to the next level. 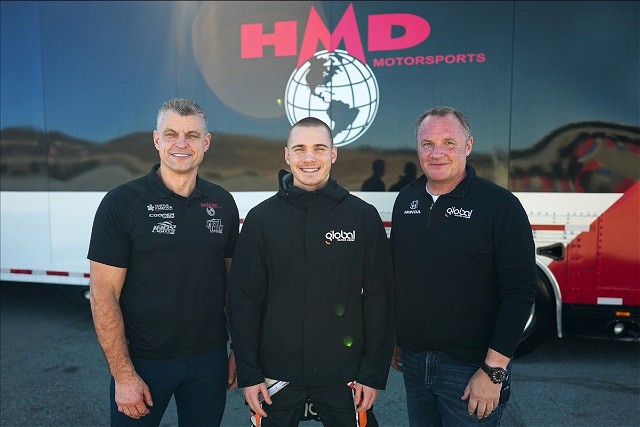 The Swede is now duly set to move up the ranks and onto the INDYCAR event platform, having agreed a deal to race in Indy Lights for the newly-formed Global Racing Group with HMD Motorsports operation.

The new team partnership combines the efforts of Global Racing Group - for which Lundqvist raced in 2020 - and Indy Lights regulars HMD Motorsports, with the tie-up set to field a total of four cars in 2021.

As the main INDYCAR feeder series, Indy Lights is the undisputed springboard towards the top tier of U.S. single-seater racing, with 23 of the 33 drivers in last year's Indianapolis 500 having graduated from the championship.

As part of an extensive and increased series prize package, the 2021 Indy Lights champion will be awarded a scholarship to race in at least three INDYCAR events in 2022, including the Indianapolis 500. Meanwhile, the top three drivers in the championship will each be awarded an INDYCAR test at the conclusion of the season.

“We are thrilled to have Linus join Indy Lights in 2021 and happy that we can continue our working relationship,” says Global Racing Group’s Christian Pedersen. “Linus has one goal, and we look forward to helping him achieve that. Joining forces with HMD Motorsports solidifies the defined commitment for success and Linus will be part of a very strong four-car driver line-up in the partnership.”

The 2021 Indy Lights schedule takes in ten championship rounds, all on the INDYCAR support bill, and features a mixture of road course, street track and oval events (the latter providing a brand new experience for Lundqvist).

“HPD is pleased to support Linus in his next career move to Indy Lights with Global Racing Group,” adds John Whiteman, Commercial Motors Division Manager for HPD. “The intent of HPD and the F4 US and FR Americas series is to provide racers with an accessible platform to develop their skills and achieve their dreams. We look forward to watching Linus continue his success in the INDYCAR paddock.”

Today's announcement follows a two-day test for Lundqvist aboard his Dallara IL-15 Indy Lights car at Laguna Seca, California, with the 2018 British Formula 3 champion set to join Global Racing Group with HMD for a handful of further tests over the coming months.

“Linus’ performance in 2020 was incredible,” says HMD Motorsports owner Henry Malukas. “We are happy that he is racing in our programme, and not against it.”

“I am ecstatic to finally be able to announce my plans for 2021 and shift my focus to race wins and the quest for the championship,” says Linus Lundqvist. "The partnership between Global Racing Group and HMD Motorsports has really formed a powerhouse programme in the Road to Indy and their support together with Honda’s scholarship initiative has allowed me to put together what I believe to be the best possible foundation for a successful season."