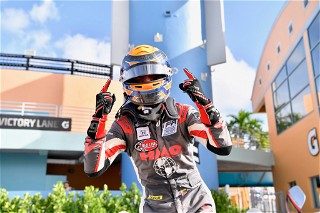 David Malukas lit the Homestead-Miami Speedway circuit on fire Sunday during the Formula Americas Regionals Championship Powered by Honda finale, opening up more than a nine-second lead over second-place Linus Lundqvist before taking his second victory of the season.

Starting third, Malukas slid by front-row starters Lundqvist and Victor Franzoni after the pair battled for the point off the line. From the Turn 1 pass, Malukas was able to pad more than a nine-second gap between second-place Franzoni and third-place Lundqvist.

Malukas dropped wheels off in Turn 1 which allowed Lundqvist to cut Malukas' lead in half. Lap by lap Lundqvist got closer. Looking for a caution that never came, Lundqvist had to settle for second-place, a result he's never this season, crossing the line just 0.985-seconds behind race-winner Malukas. 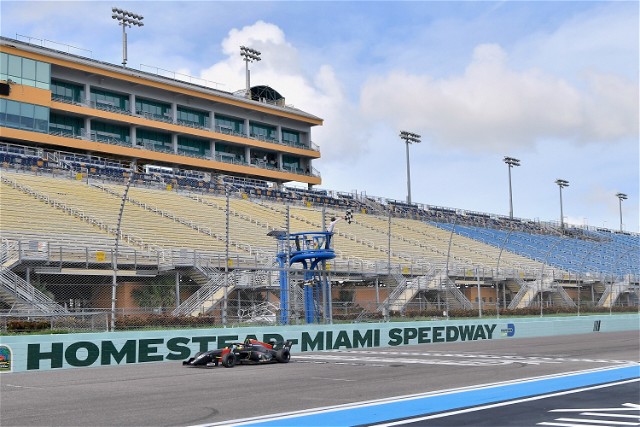 The runner up finish was enough to clinch the provisional title three rounds early.

The FR Americas Vice Championship is still in play and will go down to the triple-header finale at Circuit of the Americas October 23-25.