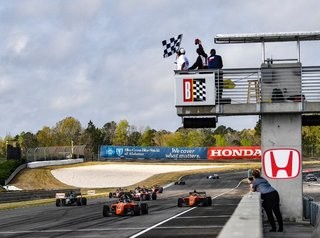 Sweeping the first five rounds, Swedish driver Linus Lundqvist enters the weekend leading the championship. Perfect in points (125 points) Lundqvist is making an early bid on the season championship prize, a full season scholarship for with a Honda-supported IndyLights team in 2021. (Championship Standings)

Further underlining his grip on the early parts of the season, Lundqvist clinched all pole positions at stake and set the fastest lap in four out of the five races. On his way to victory, Lundqvist also erased previous lap records at both Mid-Ohio Sports Car Course and VIRginia International Raceway.

With only racing at one American circuit before entering the FR Americas season, Barber will be another new track for Lundqvist.

“I've got a good feeling, we know we're strong and clearly we have the pace to win races, but I'd be foolish to take anything for granted," said Lundqvist. "It's really much the same heading into this weekend as in previous races. It's another brand new track for me, possibly slightly more challenging this time than at VIR because we don't have a day of testing on Thursday. 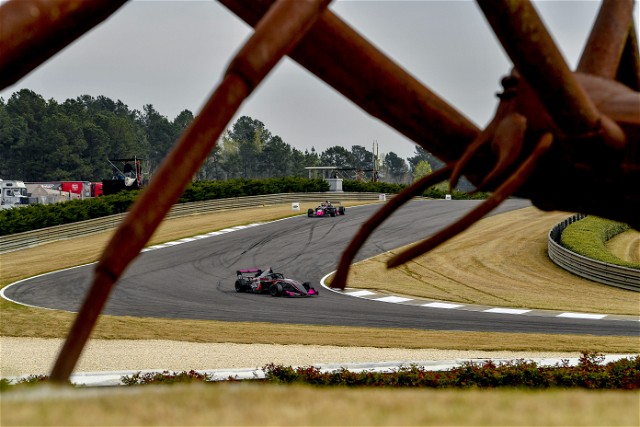 "It was the same at Mid-Ohio, though, and it went pretty well there, so it's not really something I worry about. I'm happy to be racing again and can't wait to try out Barber, which looks like a lot of fun!"

While Lundqvist is a force of dominance on the track, reigning F4 U.S. champion and FR Americas scholarship winner Joshua Car, kept Lundqvist honest at VIR with a trio of second-place finishes. The pair also set a new closest margin of victory track record in Virginia, taking the checkered just 0.256-seconds apart.

Carrying his momentum into Barber, the Crosslink Competition rookie looks to claim his first visit to the top podium step and upset Lundqvist’s winning streak.

“It’s really important for us to have good points scoring weekend before the month-long break between Barber and Sebring,” said Car. “We had an amazing weekend at VIR and the pace to win. While Barber is a new track for me, the team and I have been reviewing data from last season, I’ve been on the sim trying to learn the track and keeping up my training routine on the road to prepare for this weekend. We are hungry for a win, and I believe we will take a victory at Barber.”

HMD Motorsports shook up its roster ahead of Barber, returning to the gird as a two-car effort with. Joining HMD Motorsports for the remainder of the 2020 season is Canadian Logan Cusson. With his best finish of the season so far being eighth, the 20-year-old decided to switch teams after VIR.

Rookie David Malukas, who is second in the championship point standings, joins Cusson as HMD’s second driver. Malukas finished on the podium in four of the five races this season. Learning the car more each weekend and nicely settling into the new series after IndyLights postponed its 2020 season, Malukas expects good results at Barber.

One of the few drivers in the field with competition experience at Barber is Newman Wachs Racing pilot Victor Franzoni. The Brazilian star has significant experience at the track, competing on the 17-turn, 2.38-mile circuit successfully through his years in the Road to Indy program. Franzoni finished third at Mid-Ohio, but missed out on a podium finish at VIR. Franzoni hopes that his vast experience at Barber provides him with enough fuel for a breakthrough weekend and maiden FR Americas victory.

“I am extremely excited for the race in Barber, it’s one of my favorite tracks,” said Franzoni. “The NWR crew are doing an amazing job so I’m sure we going to be very competitive there. We’re working a lot for the win and I really hope it comes this weekend.”

Abel Motorsports pilot Jacob Abel is the only driver in the field this weekend who graced the FR Americas podium last season at Barber, finishing third. Abel has faced several challenges that have plagued the start of his first full FR Americas season. Overcoming mechanical issues and unfortunate incidents, Abel’s best results in the opening five rounds were a trio of sixth-place finishes at Mid-Ohio. His goal for this weekend is to pierce into the top-five and make a return to the podium. 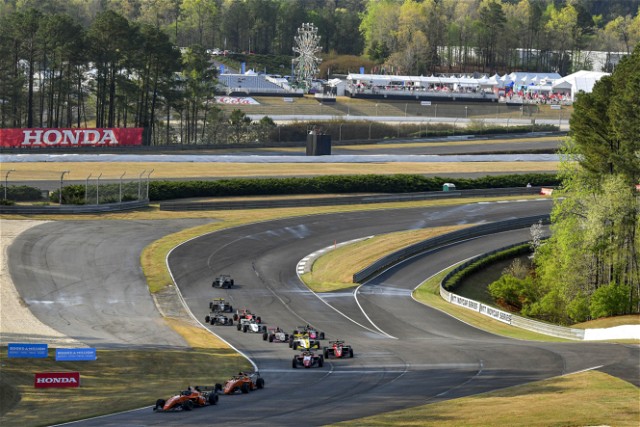 “Our preseason test at Barber was really good, so I’m optimistic,” Abel said. “We had that podium there last season and I really like the track a lot.  It’s similar to Mid-Ohio for me.  It’s a tough place to pass, so qualifying will be crucial.  I’m in great shape so I’m ready for another hot weather race weekend.”

The official F4 U.S. Championship weekend kicks off on Friday with a pair of practices. Qualifying opens Saturday’s track events at 8:40 a.m. with the first of three races starting at 12:55 p.m. The weekend culminates Sunday with two additional 35-minute races (8:00 a.m. and noon). The three-race FR Americas event will be open to fans. Tickets are only available at the gate, $20 per day or $35 for the weekend, the event is cashless, only debit and credit cards will be accepted.

All feature races will be live streamed world-wide on FanRacing.Live. Fans can follow practice and qualifying times on the Race Monitor App or on FRAmericas.com