10 Fast Facts You Need to Know before Barber 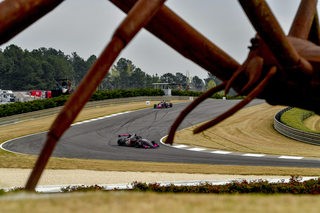 1. What is FR Americas history at Barber Motorsports Park?

Formula Regional Americas Championship Powered by Honda staged its first race at Barber Motorsports Park  in 2019 during the Honda Indy Grand Prix of Alabama, bringing 13 cars for its inaugural visit.

2. Is the event open to spectators?

The event and paddock will be open to spectators with local and state COVID-19 protocol in order. Tickets are only available at the gate, $20 per day or $35 for the weekend. The SCCA Pro Racing paddock (FR Americas/F4 U.S.) will require all fans to wear a mask upon entering.

3. Will there be an autograph session?

Adhering to the Alabama state and local CDC and Health Department protocol, FR Americas will not stage an autograph session. In order to limit contact, SCCA Pro Racing asks for fans to not approach drivers to sign items, some drivers will have pre-autographed hero cards at their trailers. If fans would like a selfie with their favorite driver, there will be stickers on the ground in front of the driver's paddock space that indicate safe spaces for photo opps.

4. Will the event be streamed?

All three races will be live streamed on www.FANRacing.Live, available to a worldwide audience at no charge. Official Practices and Qualifying will not be live streamed, however, fans can still follow lap times on the Race Monitor App or by clicking here.

Barber Motorsports Park is an 880 acre, multi-purpose racing facility located on the eastern fringes of Birmingham, Alabama. It was built by George Barber and includes the Barber Vintage Motorsport Museum, which has been named “World’s Largest Motorcycle Museum” by the Guinness World Records.

Barber opened in 2003, has a 17-turn, 2.38-mile (3.83 km) road course, designed by Alan Wilson, and is viewable from several naturally wooded or grass-covered banks. The track is designed to be run clockwise. The layout is compact, with a number of elevation changes. The pit lane is to the outside of the track, parallel to the front stretch, and the pit wall is on the driver’s left. Two cutoff turns, which are barricaded when not in use, allow the track to be shortened for club events or testing sessions. An entryway between Turns 8 and 9 provides access to the museum garages. A tunnel underneath the track at Turn 12 allows emergency and maintenance vehicles access to the infield area.

6. What is the field size for the event?

14 cars made up of 10 rookies, 4 returning drivers, representing 7 countries and six states.

7. Who were the past winners at Barber?

Global Racing Group has the best winning record at Barber Motorsports Park, sweeping the top step in the 2019 doubleheader. GRG also has the most podium visits with four, both Abel Motorsports and Momentum Motorsports have one a piece

8. What are the track lap records?

The largest margin of victory at Barber is 7.258-seconds set by Benjamin Pedersen in his Race 1 win over second-place finisher Dakota Dickerson in 2019

10. What are the championship standings entering the weekend?