Lundqvist Edges Out Malukas for Pole in Qualifying Thriller 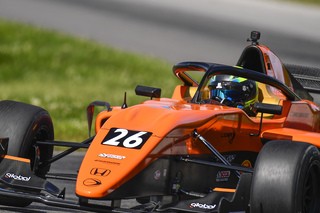 After an extended off season, the Honda-powered Formula Regional Americas and Formula 4 United States Championship drivers kicked off the 2020 season with a pair of exciting qualifying sessions on Friday at Mid-Ohio Sports Car Course.

With 19 drivers representing 10 different countries, the field for FR Americas is largest and most competitive in the series history. Qualifying proved just how deep the talent reaches as the top 12 times were separated by less than a second.

Lundqvist experienced a day of firsts. Turning his first competitive laps in the United States in a formula car, the Global Racing Group driver edged out HMD Motorsports driver David Malukas for pole position by a mere .001-seconds, setting a championship record for the closest qualifying finish.

“I credit this pole position to my team Global Racing Group,” Lundqvist said. “I only arrived in the United States three weeks ago and had to quarantine before I started testing with the team. The guys managed to give me a very good welcome. The car was perfect today and I just had to do my job to get it on pole. I’m looking forward to the first race.”
Malukas

Malukas, who entered the FR Americas two weeks ago after Indy Lights postponed its season until 2021, found himself pushing harder, digging deep to squeeze that extra one thousandths of  second out of his Ligier JS F3 car, but the 20-minute clock expired before Malukas found that extra speed needed to knock Lundqvist off pole. 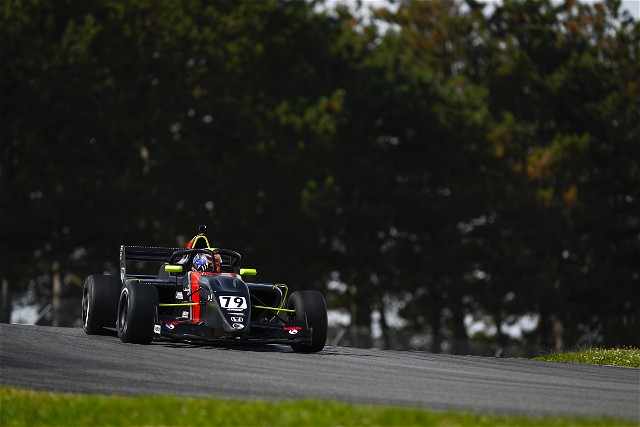 “The competition here is unbelievable, the battle for pole was like a race battle,” Malukas said. “I heard over the radio that I had a good lap but it wasn’t enough, so I went deeper and deeper, but the clock ran out so I had to give Linus (Lundqvist) the victory.

“The car felt great, we tested just two days before coming here, which my first time even seeing the car,” explained Malukas. “We set up the car quickly, came to Mid-Ohio, had two rounds of practice before going out for qualifying. The Ligier JS F3 chassis is unbelievable and the Hankook Tires come in fast and stay in grip through the heat. The amount of cars that are here with the amount of talent, tomorrow is not going to be easy. ”

The F4 U.S. Championship broke another record this year with the most rookies entered for the 2020 season- 24 of the 33 drivers are new the series. But it was veteran F4 driver Bogle who wheeled his way to the top in the final five minutes of the 20-minute session.

Crosslink/Kiwi Motorsport driver Jose Blanco of San Juan, Puerto Rico, dominated the standings for a majority of qualifying, laying down times more than a second ahead of his closest competition. A brief red flag from a stalled car stranded on course clustered the field back together and Blanco fell down the order as other drivers improved around the 2.4-mile, 16-turn road course.

For more than half the session, Bogle’s times were outside the top-10, until in the final minutes he ripped off consecutive flyers with his fastest lap being the last circuit (1:27.183-seconds) to claim pole position.

“I got a little worried at the beginning of the session,” Bogle said. “About 10 minutes in we were setting at P22, but we were able to get out in the last five minutes and get some work done, bouncing right back up to the top where we left off last season (Bogle swept the U.S. GP weekend).”

At 15-years-old, Hunter Yeany of Virginia Beach, Virginia, has spent the last two years training and developing his race craft with Velocity Racing Development in an F4 U.S. car. With his coach F4 U.S. and FR Americas champion Dakota Dickerson in his ear, Yeany mastered the technical road course in qualifying.

While the position is a great first career start, Yeany will be driving with a target on his back. Yeany will be surrounded by JHDD drivers with Bogle to his side on pole, and Nolan Siegel of Palo Alto, California, Sam Paley of Villa Hills, Kentucky, and Bijoy Garg of Atherton,California, directly behind him.

“It feels great to start my first F4 U.S. race on the front row,” Yeany said. “The VRD team put together a great car and we went out there and got the job done.”

Starting Saturday, the races will be live streamed by Formula Americas Network on FANRacing.Live. Live coverage begins 20 minutes prior to the start of the race. 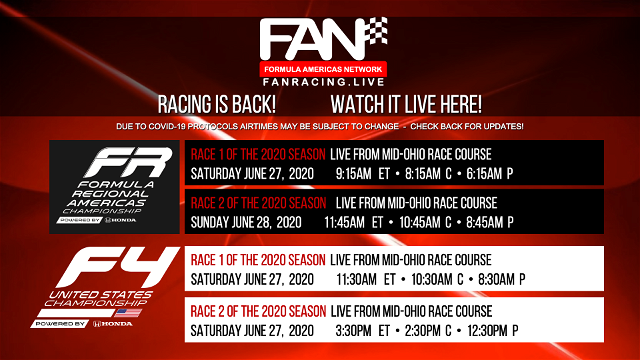