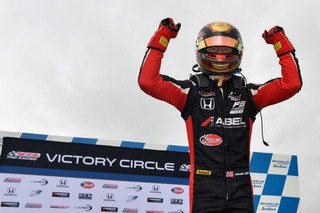 Jacob Abel will return to the Formula Regional Americas Championship Powered by Honda for his first full season of racing in the single-seater development series, competing once again under the red, black and white Abel Motorsports banner. With a couple years of experience behind him, the FR veteran driver is focused on the 2020 championship title, continuing his climb to the pinnacle of American open wheel racing.

“It’s unfortunate that the world, and the sport, is in this situation (with the season delayed due to the COVID 19 pandemic)," said Abel. "I’ve never been more prepared than I am this year.  We’ve done a lot of preseason testing.  I’m very confident, after scoring my first pro wins in FR Americas last year, and I’m looking forward to more."

Abel joined the FR Americas roster late during its inaugural season in 2018 after making the move up from the F4 U.S. Championship. In the first year, learning from rising star and inaugural champion Kyle Kirkwood, Abel earned four podiums and six top-10 finishes that added to Abel Motorsports claiming the team championship in 2018. 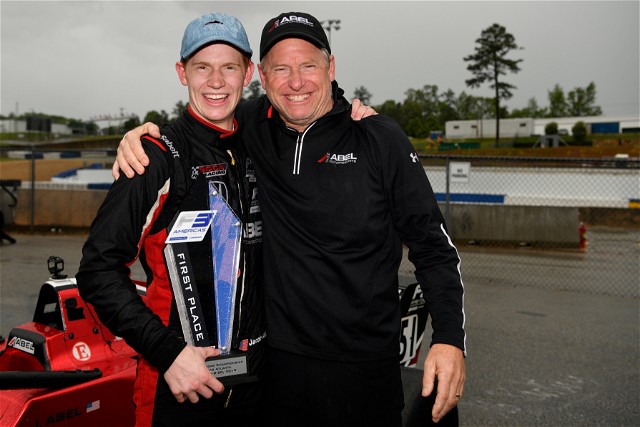 Abel earned his first two professional victories in FR Americas at Road Atlanta last year, along with six more podiums, finishing in the top three in eight of his 11 series starts.  He finished fourth in the Championship despite missing two of the six series event weekends due to schedule conflicts.

As for the Abel Motorsports team, former IndyCar crew chief Larry Nash returns to lead the effort, with Doug Forker back as lead engineer. Currently, the FR Americas Championship schedule calls for opening rounds at VIR the weekend of July 17, followed by the next three rounds at Barber the weekend of July 31-August 2.  The series will race at Sebring, FL, in late September, with other events pending.