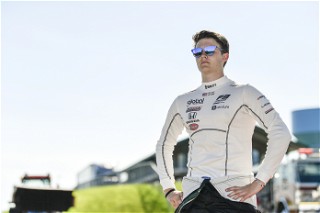 The 2018 team champions Abel Motorsports will to Formula Regional Americas Championship Powered by Honda in 2020 with a pair of veteran drivers preparing to bid for race wins, the title, and Honda’s Indy Lights scholarship prize to the 2020 titleholder.

“I had a great year last year in FR. " said Upton. "I had a great test with Abel Motorsports in January at Roebling Road in Georgia and we gelled quickly.  I think we’ll be great together.”

As with his teammate, Jacob Abel, Upton’s focus is on the pinnacle of American open wheel racing in the next few seasons.

“My goal is to become an IndyCar driver.  The new Honda scholarship is very enticing, for sure, with the funding to run the full Indy Lights season as the prize for the Champion," said Upton. "We have an aggressive testing schedule ahead and I can’t wait to get back in the car!”

The two-car team will join many other FR Americas entrants this weekend at Barber Motorsports Park in Alabama for an open test.

The Barber weekend will provide quality seat time too for returning team leader Abel, who enters his third season in the series. Abel, who just completed his freshman year at Butler University in Indiana, is equally pumped up to return to the cockpit.

“It’s unfortunate that the world, and the sport, is in this situation (with the season delayed due to the COVID 19 pandemic)," said Abel. "I’ve never been more prepared than I am this year.  We’ve done a lot of preseason testing.  I’m very confident, after scoring my first pro wins in FR Americas last year, and I’m looking forward to more.  Blake (Upton) has tons of potential; we saw that last year.  He’s a really great asset for our team and we can help him develop a lot as well.   He’ll push me to get better.”   J

Abel earned his first two professional victories in FR Americas at Road Atlanta last year, along with six more podiums, finishing in the top three in eight of his 11 series starts.  He finished fourth in the Championship despite missing two of the six series event weekends due to schedule conflicts. 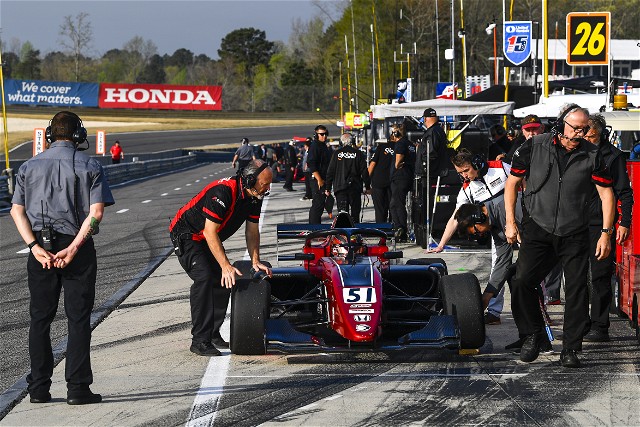 “Blake (Upton) has a really methodical and diligent approach to his driving," commented B. Abel. "He’s committed to his goal of racing at the highest level.  He’ll bring a fresh approach to the team.  Our goal for Blake is to see him in the top five in the Championship.  We tested with Blake at Roebling Road earlier and he got up to speed quickly.  It’s obvious he has a lot of talent and we’re going to do all we can to help him develop that talent.”

As for the Abel Motorsports team, former IndyCar crew chief Larry Nash returns to lead the effort, with Doug Forker back as lead engineer. Currently, the FR Americas Championship schedule calls for opening rounds at VIR the weekend of July 17, followed by the next three rounds at Barber the weekend of July 31-August 2.  The series will race at Sebring, FL, in late September, with other events pending. Series officials are working to reschedule several other events in the wake of the global Coronavirus pandemic