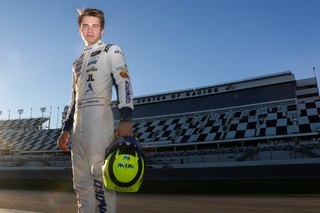 Global Racing Group will enter the 2020 Formula Regional Americas campaign as reigning series champions, while Lundqvist joins with a wealth of success from the European single-seater landscape - notably winning the 2018 BRDC British Formula 3 title - to form an intriguing new constellation.

"I'm really excited to be teaming up with Global Racing Group and to take on this new challenge in Formula Regional Americas," said Lundqvist. "I will have plenty to learn with a new car, new continent and new tracks, but I'm confident I've got the overall background to get quickly up to speed. Although I know it won't be easy, my clear target is to battle it out up front and ultimately win the championship."

Lundqvist's transatlantic move follows a successful stint in Europe, where he rose up the ranks after first winning the 2016 Formula STCC single-seater title in his native Sweden.

Moving to Britain in 2017, the Stockholm resident strengthened his reputation with a race-winning year in Formula 4, before going on to clinch British F3 honors a year later - becoming the first Swede since Stefan Johansson in 1980 to win the coveted title. 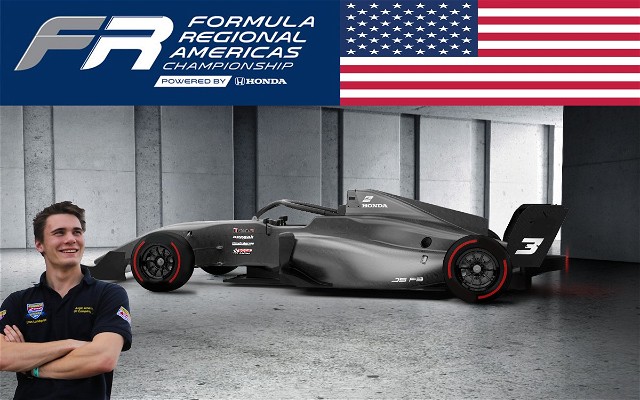 As part of his transition into FR Americas this year, Lundqvist will be among a field of drivers eyeing more than just championship success. A recently-announced scholarship, courtesy of series partner and engine supplier Honda Performance Development, also puts a 2021 drive in Indy Lights - the final step before IndyCar - up for grabs for the champion.

"It's been a long winter, and we have taken our time to carefully explore all of my career options," Lundqvist continued. "I'm thrilled with where that's taken us. American racing is really coming along, not least in Sweden thanks to our two IndyCar drivers, and the progression path system is what every driver loves: it's in your own hands if you win it. I'm very excited to be racing in Formula Regional Americas and can't wait to get to work with the team."

Global Racing Group finished first and second in the drivers' championship last year with Dakota Dickerson and Benjamin Pedersen, and are set to field another global lineup of drivers.

“We’re extremely excited about signing Linus for the 2020 Formula Regional Americas Championship”, said Christian Pedersen, CEO and President of Global Racing Group. “Having followed Linus for several years and seen him succeed in BRDC British F3 in 2018, I’ve always been keen to see him race for Global Racing Group. Our 2020 goals are clear: we want to win both the Teams' and Drivers' Championships, and we believe we have the best possible drivers for that. There is no doubt that we’ll see Linus visit the podium frequently this year, and we cannot wait to get the season going!”

The 2020 Formula Regional Americas season is scheduled to include seven championship rounds, with three 35-minute races staged at each meeting. Due to the coronavirus pandemic, however, the opening round at Road Atlanta originally slated in for April 9-11 has been postponed, with the season instead currently to get underway at Circuit of the Americas in June.