F3 Americas Drivers to Receive Watches with a Motorsport Twist 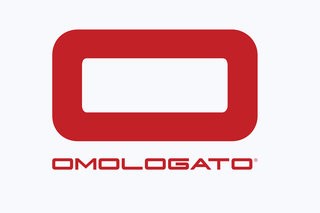 The F4 U.S. champion’s custom hand-made watch colorway will feature the series’ colors of red, white, blue and black with the F4 U.S. and SCCA Pro logos engraved on the back. The F3 Americas champion’s colorway will also be in the series’ colors of blue, white and black, featuring the F3 Americas and SCCA Pro logos on the back.

“As a fan of racing to be involved with the F3 and F4 championships here in the U.S. is a massive personal honor for me,” said Omologato Founder Shami Kalra. “Omologato has become known for its involvement in motorsport from sponsoring young karters in Europe to Formula E to the Arrow McLaren SP IndyCar team here in Indianapolis, so supporting this series feels like a natural progression. I’m looking forward to attending as many races as I can this year as a sponsor and a fan."

Omologato will also introduce a new event contingency award- The Perfectly Timed Move of the Race. The driver in both championships who has the best on-track move of the entire race weekend, determined by Race Director Scott Goodyear and series stewards, will receive a commemorative timepiece with the date and track etched on the back.

“Drivers win trophies all through their career that get placed on a shelf to remind them of their success, but I found that the best trophy you can receive is the one that you get to wear on your wrist as a daily reminder that you achieved something special,” Goodyear said. “I still wear a watch today that I won for winning the Formula Atlantic Championship back in 1986. They are mementos that will one day be passed along to my kids. This is why I reached out to Shami to support the our Series with his Omologato watches. They produce the Motorsport inspired watches that we all can enjoy.”

Replicas of the Omologato Perfectly Timed Move of the Race timepieces will also be available for sale, along with other Omologato motorsport-inspired watches at the track and on the series websites (F4USChampionship.com and F3Americas.com).

“The addition of Omologato as a partner for 2020, and beyond, is an exciting one,” said Sydney Davis Yagel, General Manager of SCCA Pro Racing. “I love that Shami (Karla) and his team are so enthusiastic about our Championship, and I can’t wait to see how the custom designs will look on the arms of our drivers for years to come.

Kalra has more than 25 years’ experience in the watchmaking industry, and established the British watch brand in 2015. He brings his passion for all things motorsport to Omologato, ensuring that every timepiece produced by the company is a real tribute to the sport.

Each watch is hand assembled using a world-leading Chronograph movement, housed in British designed cases, with bespoke faces and straps. Omologato timepieces offer the broadest and most accessible range of watches designed specifically for the automobilist in the world today, with the range consisting of more than 30 designs, including several limited editions. Prices start from $249, and more details can be found at www.omologatowatches.com.