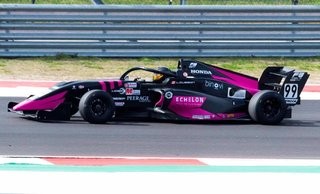 Jensen Global Advisors' driver Logan Cusson continued his pre-season preparation for his sophomore F3 Americas Championship Powered by Honda, competing in the SCCA National races on the F1 Circuit of the Americas in Austin, Texas, February 7-9.

Driving his No. 99 pink and black Ligier JS F3 race car, Cusson drove flawlessly through the rain to an overall victory in the 35-minute Sunday feature, finishing more than a minute ahead of his closest competitor.

Cusson stated, "Rain on race days always presents difficult challenges, but the team literally had a winning strategy so I could just focus forward throughout the race." 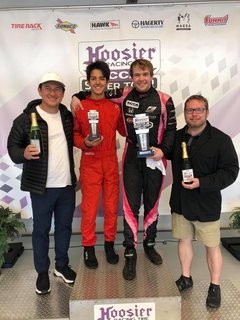 "The move should ultimately pay big dividends as Logan clearly has one of the best chances to win the 2020 series and the newly announced champions prize of the free 2021 season to graduate to the Indy Lights championship," said Team Principal Eric Jensen.

Also making his first ever race start at Austin, Texas, in the SCCA National event was 15-year-old Gil Molina from Monterrey, Mexico.

Molina has an impressive karting resume including five consecutive Mexican karting championships. Since July 2019, Molina has competed in the Jensen Global Advisors driver development program, and the success of his training was on display in the Lone Star State. With a strong drive in the Sunday feature race, Monlina passed 19 cars to ultimately finish eighth overall.

News on Monlina's move to the Formula 4 United States Championship Powered by Honda season will be released in the upcoming weeks.