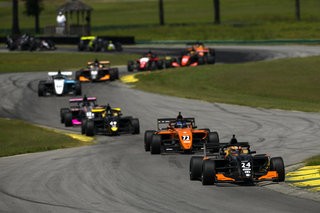 The F3 Americas Championship Powered by Honda returns for its third season with an action-packed schedule that includes legendary American circuits, a street course and an international stop for the series in 2020.

The 19-round calendar will include new and returning venues in 2020 with a Winter Warm Up scheduled January 13 at Palm Beach International Raceway for teams and drivers to test and experience series procedures before the first race of the season. 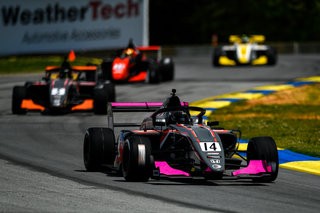 In effort to assist with team and driver budgets, the the FIA-approved championship will travel with the Formula 4 United States Championship for most of the season.

“Our goal is to always pack our schedule with FIA-graded legendary raceways where not only our drivers will enjoy competing, but will also prepare them for their racing future as they ascend through the echelons of racing,” said Sydney Davis Yagel, General Manager of SCCA Pro Racing. “The 2020 schedule achieves that with a mix of street courses and iconic road courses.” 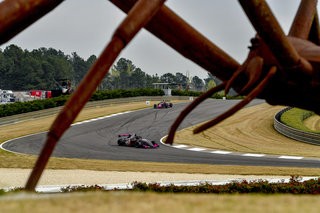 The Championship breaks from racing in May to allow for drivers and crew members to attend the month-long Indianapolis 500 celebration. The action continues in June as teams make their way South to the Lone Star State for a three-round battle on the prestigious Circuit of The Americas June 5-7.

The second half of the season starts with a schedule staple, The Andy Scriven Memorial at Virginia International Raceway July 17-19 which honors the late Andrew “Andy” Scriven, Ligier Automotive North America’s chief designer of the JS F4-16 and Ligier JS F3 chassis.

The historic technical track kicks off a three-event, eight-race sprint through two countries as the Honda-powered series go from the Virginia rolling hills to the Alabama summer heat at Barber Motorsports Park July 31-August 2.

The Grand Prix de Trois-Rivières took a page from its golden years playbook, as the event will feature major stock-car and single-seater on one weekend ticket. F3 Americas will support NASCAR Pinty’s Series for two action-packed rounds on the historic 11-turn, 1.53-mile course.

“I’m so excited for our F3 drivers to race in Canada, my home country,” said F3 Americas and 11-time Indy 500 starter Scott Goodyear. “I’ve raced at Trois Riviers many times and there is nothing better than standing in Victory Circle in front of the Canadian fans who love racing. The excitement of this event rivals that of the Montreal Grand Prix. It’s also a perfect event to showcase our field of talented drivers on the championship’s first temporary street circuit.” 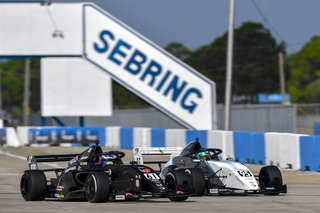 The final leg of the 2020 calendar starts September 25-27 at Sebring International Raceway, followed by the October season finale that will be announced after the new year.