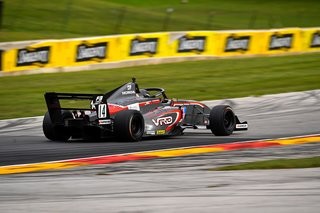 Two F4 and one F3 driver confirmed for competition in California

Continuing to test drivers throughout the off season and building a strong program for 2020, Velocity Racing Development is heading west in January. Set to take on the Exclusive Racing F3 and F4 West Coast Winter Series in California, the team will also take part in several days of testing at The Thermal Club as they continue to push toward what will be a banner year for the Atlanta Motorsports Park based operation.

"We want our drivers to be on track as much as possible in the off season, but also in the most productive way possible," explained Dan Mitchell. "The Thermal Club is a track that will be new to a lot of our drivers but is a great way to help them test and learn a new track quickly. Following our three days of testing, we will take part in the complete Exclusive Racing West Coast Winter Series to get our drivers up to speed in some wheel-to-wheel competition before our national campaign kicks off in April."

Bringing a pair of F4 cars and competitors to California, Velocity Racing Development will also bring an F3 Ligier as at least three competitors will take part in both testing and race competition in January.

Mitchell continued, "We have tested several drivers thus far in the off season and all is going well to have a complete and very competitive program in 2020."

With testing taking place January 10th through to the 12th, wheel-to- wheel action will take place January 24th - 26th at Auto Club Speedway and then January 31st to February 2nd at Sonoma Raceway. VRD will also take part in the additional test days being offered January 28th and 29th at Buttonwillow Raceway Park. Following the conclusion of competition on February 2nd, VRD will return back to their Atlanta Motorsports Park home to continue testing and begin preparation for their assault on the 2020 F4 United States Championship and F3 Americas Powered by Honda series.

Mitchell added, "We will be making our 2020 driver announcements very soon and can't wait to officially get the season started."

programs, please feel free to contact Daniel Mitchell via email to Dan@DanMitchellMotorsport.com or