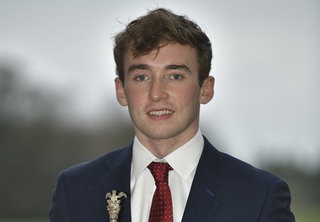 Roe was presented with one of the most prestigious honors in Irish motorsport, the Sexton Trophy, naming him the Irish Young Racing Driver of the Year. The award also includes support worth a total of €50,000 to aid in the development of his 2020 international racing career.

The Global Racing Group pilot was selected as the fifth nominee for the 2019 Motorsport Ireland Young Racing Driver of the Year Award for his performances in the month of August.

"I am honored to win this award," said Roe. "When you think about previous winners and what they have gone on to achieve on the international stage there is an overwhelming obligation on me to perform and follow in their footsteps. This award carries a lot of weight in the USA where I am based at the moment and with it I can accelerate my plans to compete in Indy Car with some of the best drivers in the World. I've learnt a lot over the last two years and it is a credit to the Team Ireland program and all at CJJ Motorsports and my sponsors and partners." 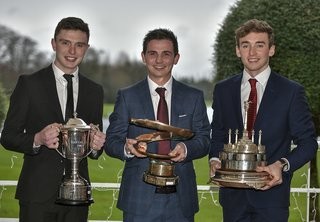 Roe has been carving out a career in the United States in recent years, focusing on the F3 Americas Championship this year, where he picked up a win at Road America on his way to claiming fifth place in the championship. Roe’s results also helped his Global Racing Group team win the Team Championship.

Graham Stoker, FIA Deputy President of Sport, said: “It is a pleasure to attend the Awards and to see first-hand the great work that Motorsport Ireland is doing to grow participation in the sport. A major development goal of FIA is increasing motorsport participation and I am encouraged to see more Irish drivers than ever emerging and participating in international events. Looking at the quality of the winners here, you can see why. 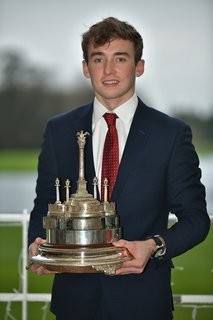 “The Billy Coleman Award and Sexton Trophy are recognized internationally and can be a fantastic opportunity for the winners to further their careers. I was speaking with some of the judges and found that the talent emerging in Ireland will result in many more Irish men and women becoming involved in the top echelons of the sport well into the future. “

More than 30 trophies were presented at the MIS Motorsport Champions of Irish Motorsport Awards to Irish drivers competing both domestically and internationally. The highlight of the event was the presentation of the prestigious Billy Coleman Award, the Sexton Trophy and the International Driver of the Year award.