Veteran Team Owner Finds Brotherhood Beyond the Call of Duty 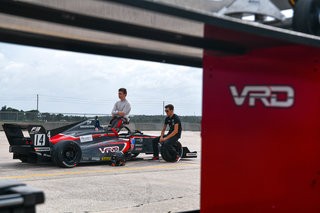 Robert Yeany, Co-Owner of Velocity Racing Development, in search of next young talent

Prior to serving his country, VRD co-owner Yeany grew up racing sprint cars around the short dirt tracks of Pennsylvania. Following an 11-year tour in the Navy, the E-6 officer rekindled his love for motorsports after his eight-year-old son, Hunter, went from racing Matchbox cars on the carpet to wheeling a kart at their local indoor karting facility.  His son’s obsession for speed grew into a career path to Formula One.

“Hunter (now 14 years old) really got me back into racing, and once we were in, we were all in,” said Yeany. “I never thought I would ever own a race team, but my Navy field team taught me to take the word can’t out of my vocabulary, making anything possible. I purchased two F4 cars in 2017 and after connecting with Dan (Mitchell) by chance at a karting event, we partnered together to debut a two-car F4 effort at the USGP in 2018. Since then, our program has blossomed into a full two car F4 and three car F3 campaign.”

The pair found something more than a shared love for all things that go fast. The partnership formulated into a brotherhood of sorts, a spot where they belonged, a family.

“Racing is a microcosm of a bunch of families on a team that forms its own family,” Yeany continued. “I love that about racing.” 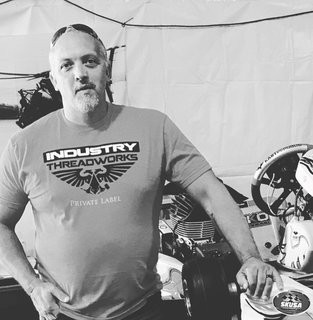 The E-6 classification represents the highest grade of Petty Officers. Mentoring is a major part of their duty as they remain in charge of day-to-day operations. Yeany’s roll at VRD is similar to his divisional leadership in the Navy.

“Dan runs the business side of the operation. Part of my roll is to talk to the parents to discuss what it takes to for their child to get to the top,” Yeany explained. “I went to the top with my military service. I know the sacrifice and passion to get to the top. Motorsport isn’t much different. At Velocity Racing Development we know drivers have to put in the time and effort to be successful.

“Now that I have a year under my belt, the team will go through another phase of not only implementing the extra seat time it takes to be successful, but to put focus on the importance of nutrition, athleticism and mental health.”

In 2020, Hunter Yeany will make his full season Formula 4 United States Championship Powered by Honda debut. Mitchell has coached H. Yeany for the last year and a half in and out of the Ligier JS F4.

“Dan has done remarkable work with Hunter’s coming to age in the sport,” said Yeany. “With the effort he’s put in we’ve seen a boost in Hunter’s confidence, his grades have improved and he has developed his overall self-conduct at the track. This season Hunter has focused on his nutrition, putting more time in at the gym and getting as much seat time as he can. I am really proud of the effort he’s putting in to follow his dream of becoming a F1 driver.”

Yeany says that VRD doesn’t want to just develop drivers for a season in F4 or F3. “Our marching orders is for a driver who went through our stable to reach IndyCar or F1. Once we get a driver to the top level, that’s how we will measure our success.”

VRD has already started testing for the 2020 season. For more information on VRD visit VelocityRacingDevelopment.com. The F4 U.S. and F3 Americas schedule will be announced in the upcoming weeks.