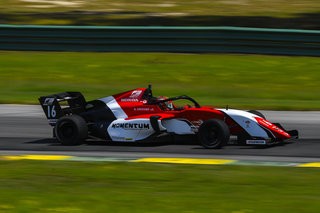 Competing in the Formula Atlantic class, the young New York-native will drive the same Momentum Motorsports prepared red, black and red No. 16 Ligier that he piloted during his rookie 2019 F3 Americas season.

Vaccaro is quite familiar with the fast turns and long straights of the scenic VIR circuit, competing earlier this season during a tripleheader weekend with F3 Americas and in 2018 with the F4 U.S. Championship. But, this weekend, will be the first time Vaccaro will run the 17-turn, 3.27-mile road course in a non-spec, mixed-class setting. In anticipation for his inaugural Runoffs, Vaccaro participated in a series of tests last weekend in the Ligier JS F3 at VIR. 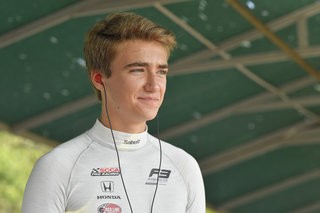 “I’m so happy to be competing at the 2019 SCCA National Runoffs at VIR,” Vaccaro said. “Not only is this my first Runoffs, but it’s the debut for the Honda-powered Ligier JS F3 car. We are running the car in a non-spec series for the first time. Our advantages over the other cars in the class is our Honda power as well the grippy Hankook tires. The Ligier JS F3 is a blast around a fast track like VIR, and it’s great to be part of something as deep-rooted and illustrious as the SCCA Runoffs.”

Working with SCCA Pro Racing, SCCA classified the Ligier JS F3 to its Formula Atlantic Road Racing class shortly after its debut in 2018.  Designed to generate interest to club-level drivers and to maximize additional seat time for young F3 talent, the spec chassis runs the same HPD developed Honda Civic Type R engine and Hankook Tires at the club level as it does in the standard F3 Americas Championship season, allowing for seamless crossover opportunities.

“SCCA Pro Racing worked with the SCCA Road Racing department to find a home for the Ligier JS F3 chassis so that F3 Americas drivers could take advantage of additional seat time provided by their local region at Super Tour, Majors and Regional events,” said SCCA Pro Racing General Manager Sydney Davis Yagel. “Drivers like Kent can now use both their Road Racing and Pro Racing experience to tackle the famed Runoffs.”

The chassis designer and manufacturer, Ligier Automotive North America, is also making the trip from its Denver, North Carolina, home base to VIR to support Momentum Motorsports’ Runoffs efforts. Ligier will have a fully-equipped Ligier JS F3 on display at the end of Vendor Row, conveniently located right beside the Hankook Tire tent. 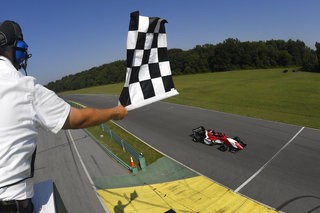 “The SCCA Road Racing program racing is very important to Ligier.” said Jeff Barrow, Ligier Automotive North America’s Director of Business Development. “We are strong advocates for Road Racing as being an excellent way to enjoy affordable racing as well as a stepping stone in a driver’s development. This year we have a couple Ligier cars competing in the Runoffs at VIR. We will also showcase for the first time in North America, our new Ligier JS2 R race car. We are here to support our customers competing as well as work with SCCA’s CRB and Technical committees on classifying the new Ligier JS2 R.   We expect to see many more Ligier’s running in SCCA Club and Pro Racing next year.”

F3 Americas’ partner HPD will also be on location with its trailer, offering support not only to Vaccaro but also to its dozens of Honda-powered drivers competing at the Runoffs.

Representatives from Ligier, HPD, Hankook Tires and SCCA Pro Racing will be on hand to answer questions about the F3 Americas program.

For more information on the F3 Americas Championship, visit F3Americas.com.