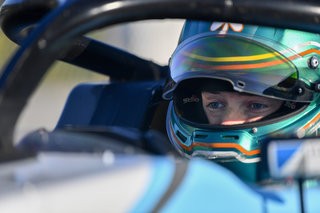 After a Successful Debut in F3 Americas, What's Next for the Irish Born Driver

James Roe Jr, the Irish born racing driver, has gone from racing in the Formula Ford 1600 to getting the opportunity to race in the United States. Speaking to Paddock Eye from Ireland as he reflects on his season before heading back to the United States next week to continue preparations for a busy 2020, Roe revealed that his F3 Americas Championship Powered by Honda season came together late in the pre-season, meaning that Roe had zero testing and was  a little on the back foot heading into the season with CJJ Motorsports and Global Racing Group.

Despite the lack of testing, Roe ended his first F3 Americas Championship season in fifth place in the with 147 points which included a victory at one of Roe's favorite circuits, Road America.

Roe said that he couldn’t have gotten to where he is today if it were not for the help of Irish American businessman, John Campion, who is a key figure in Irish Motorsports. Campion helped set up Team Ireland, an organization that assists young Irish drivers like Roe to follow their racing dreams. 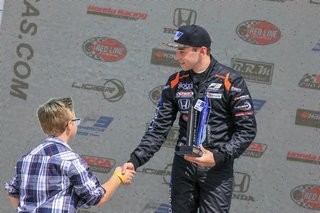 Roe said that his goal is to become the first Irish racing driver to compete in and ultimately win the Indianapolis 500 ‘the greatest spectacle in racing’ along with building and maintaining a sustainable career in the NTT IndyCar Series.

Roe has raced in the Ginetta Juniors, British Formula Ford 1600 and also American F2000 all of which he won races and set lap records in. He thanked Topcon, one of his main sponsors for all of the hard work that they have done and continue to do. James has had a fantastic opening season racing in the F3 Americas Championship where he scored multiple top four and top five race finishes including taking his maiden win at Road America which is a circuit on the NTT IndyCar Series schedule which has challenged the big name drivers in the series so for James to have been able to win here during his first season in the championship it is a fantastic achievement.

So what does the future hold for James Roe? Find out by reading full article here https://paddockeye.ie/indycar-the-ultimate-goal-for-irelands-james-roe/