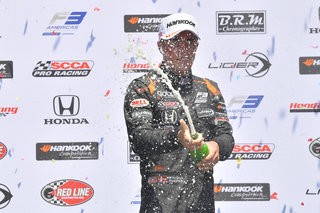 The F3 Americas Championship Powered by Honda drivers battled more than each other at Virginia International Raceway on Saturday and Sunday. With extreme heat and high humidity, hydration and tire management were key to drivers topping the results. 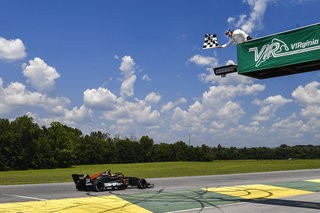 Mathias Soler-Obel of Bogota, Colombia, claimed his first two professional racing podiums with a pair of second-place finishes on both Saturday and Sunday morning.

Season championship leader Dakota Dickerson finished third in Round 9. While, Quinlan Lall fought to represent Momentum Motorsports on the podium, overtaking in the first race on Sunday to finish third.

“Two for two already this weekend,” said Pedersen, who is fresh off a win and multiple podiums in the BRDC F3 Championship. “It has been pretty warm in England also, but it was hotter this visit to VIR than when we were here last year with F4. The Global Racing Group guys have put in a lot of work since Barber. I give them huge credit to the car development. Drivers like my teammate Dakota have helped with that and I am impressed with what they’ve put together and how far that they have come.”

Stating on pole after locking up the fastest lap time early in Saturday’s qualifying, Pedersen’s Hankook Tires had plenty of life left for the first round of racing. Getting the jump off the F1-style standing start on second-place Dickerson,  Pedersen worked on building a gap until a full course caution halted his charge.

Shea Holbrook and Megan Gilkes made unavoidable racing contact on track, which ended both their weekends. 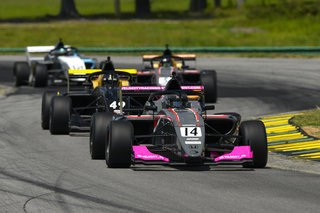 On the restart, Pedersen made another blinding getaway. At the front the two Global Racing Group drivers swapped fastest lap after fastest lap before Dickerson did a complete 360-spin out of the historically challenging Oak Tree turn, gifting second-place to Soler-Obel. The pressure he faced early on in the round eased, and Pedersen captured the checkers about a second and a half ahead of Soler-Obel.

“We he had the pace to win the race but definitely difficult up there with Benjamin,” Dickerson said. “I was trying to be cautious on the brakes to take my Global Racing Group teammate into consideration.  I tried to go for it at Oak Tree and went in a little deeper than I should have.  I spun and that’s when Mathias was able to advance. That mistake was costly because I really wanted to get a one-two podium for Global again.”

Sunday opened with another dominating performance from Pedersen. Starting on pole, Soler-Obel was slow off the line, allowing Dickerson, Pedersen and Lall to challenge from the lights. But it was the charge from the fourth-place starter Pedersen who took the risk to go around the outside into Turn 1 to take the lead. From that corner to the end of the 35-minute session, Pedersen commanded the lead with little challenge up front on his fresh stickered Hankook Tires.

After a brief yellow period, Soler-Obel battled a slowing Dickerson for second, and by the next lap took second-place, where he finished the round.

“I had few issues with the car on the initial start, but it started to feel better as the race went on,” said Velocity Racing Development driver Soler-Obel, who set the track record with a fast time of 1:44.015. on his way to a second-place finish. “Benjamin got another good start but I started to close the gap on him before the white flag. I think if we had another couple laps I would have been right there challenging for the lead. We are going to make some minor changes to the car so I think next race will be better.”

Losing speed due to a damaged front wing, Dickerson tried to hold on to a top-three finish, but lost the battle to the faster Lall. In the black and yellow No. 49 Momentum Motorsports car, Lall crossed the line third, his second podium of the season.

“After the start it was about getting the car to temperature and finding a rhythm,” said Lall. “We started on new tires and after the restart I started to pull a gap from Dakota. From there, I knew I had to save tires for the next round since it would be hotter later in the day. So our goal was to just keep pace for a solid third-place finish.” 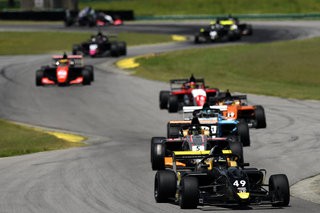 The F3 Americas will have another race on Sunday afternoon.

Video Highlights from Round 9