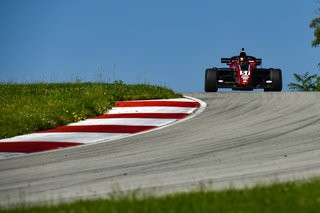 Abel Motorsports of Louisville and their young driver Jacob Abel are making sure the F3 Americas Championship Powered by Honda paddock knows they’re in it to win it, the “it” being the 2019 Championship. Abel strengthened his credentials after two F3 Americas podium finishes at Pittsburgh International Race Complex in Pennsylvania this past weekend. Young Abel, 18, came into the weekend holding the points lead by one marker after his first two professional victories in April at Road Atlanta. At Pitt Race, Jacob stayed on the sharp end of the grid in the first two races, qualifying second and third, and grabbing two third place finishes.

In the weekend’s final race, Jacob had a tougher time, qualifying sixth, and battling to an 11th place result.

"We tried a few set-up changes, and they weren’t as successful as we hoped,” explained Abel. “We are running a single-car team against these four-car juggernauts like Global, but we are a resilient team with a no-quit attitude, and that will really show as the season progresses.”

Team Principal Bill Abel commented, “We had a great weekend. We were very successful with both our teams. Achieving four out of five podiums across five separate races is going to be tough to repeat, but we feel we’re up to the challenge. We feel really good about the new team members we’ve added as we chase these championships. We’re looking forward to keeping things moving!” 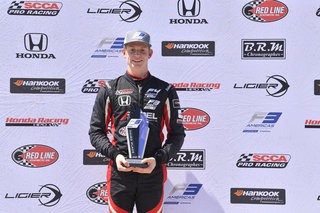 Abel Motorsports resumes its pursuit of its second straight F3 Americas title at the end of July at Virginia International Raceway.