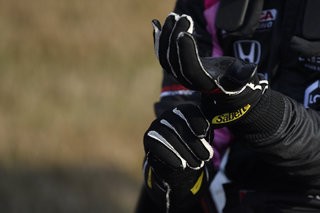 This season, not only will each Ligier JS F4 and Ligier JS F3 chassis be equipped with Sabelt’s iconic red and yellow high-tech seat belts, Sabelt will also be named as the official Gear for the F4 U.S. and F3 Americas drivers as well as recognizing the competitor who gained the most positions during the event weekend with the Sabelt Hard Charger Award. In both series, the Hard Charger will win a pair of Sabelt racing gloves, and at the end of the season, the overall series champions will receive a fully branded Sabelt suit kit which will include a custom-fit suit, shoes, gloves and Nomex with a carrying bag.

New to 2019, Sabelt will also include a suit for the Masters Cup Champion season contingency prize and to the Lucas Oil School of Racing 2019 champion if he/she chooses to enter F4 U.S. for the 2020 season. 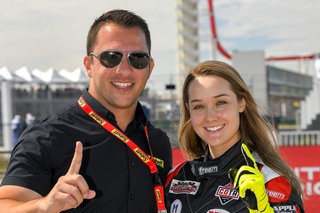 “We are excited to continue our partnership with F4 U.S. and F3 Americas into the 2019 season. This series is essential for taking young talent from karting into cars, this is big part of motorsports growing as a whole and we are honored to be a part of it,” said Carello Group - Sabelt America Co-founder Erik Krammer. “We chose to again give a Hard Charger award at each event because it goes to the driver that pushed past adversity and fought until the checker flag, never giving up!”

The Sabelt Hard Charger Award was designed to award the competitor who demonstrated the best drive of the weekend and to highlight those drivers who may have had difficulty in qualifying, but still demonstrated his or her race craft skills by advancing positions throughout the course of the race.

Sabelt is a global leader in development and the manufacturer of original equipment car seats, seat belts and motorsport products for racing activities. Sabelt only tests components at extreme conditions thanks to its advanced dynamic crash test system. Sabelt offers three different lines of business, Original Equipment, Racing and Special Applications, designed to meet the needs of drivers and car manufacturers, with offices in Italy (Moncalieri, Turin) and the United States (Boca Raton, Florida). Top Formula 1 drivers past and present like Ayrton Senna, Michael Schumacher and Lewis Hamilton have chosen to work and collaborate with Sabelt after decades of its products being proven as the safest.

SCCA Pro Racing is a division of the Sports Car Club of America, Inc. -- a 65,000-member organization dedicated to motorsports. SCCA Pro Racing provides full-service organization, operation and sanctioning for numerous professional racing series such as F3 Americas, Trans Am® and Formula E.