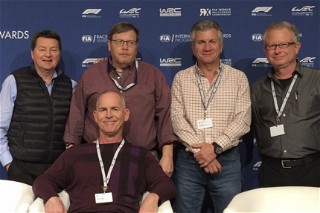 F4 U.S. and F3 Americas officials join stewards from around the world for FIA training

The Race Director and Stewards from the F3 Americas Championship Powered by Honda and Formula 4 United States Championship Powered by Honda joined more than 200 motorsport officials from around the globe for the third annual FIA International Stewards Program in Geneva, Switzerland, Feb. 8-10. Since its inception, the program has become a hugely popular educational event for race directors and stewards across various motorsport’s disciplines.

Race Director Scott Goodyear, Clerk of the Course John Walsh, Chairman of the Stewards Steve Pence and Stewards of the Meet Wesley Cunningham and Brian Till represented SCCA Pro Racing abroad during the three-day conference and training program.

“As the F4 U.S. and F3 Americas championships compete under the FIA governing body, it was important that we were able to attend the conference and take part in the training program,” Goodyear said. “Along with terrific presentations and case studies from the FIA, we had the opportunity to connect and learn from many of our colleagues from around the world, gaining from their experience. From a driver’s perspective, it was like a complete season of practice and racing condensed into one week. It was very beneficial, and I'm honored to be part of the SCCA Pro Racing officiating team.”

The first day of the event focused on laying the foundations for discussion and analysis that followed presentations from the FIA Governance, Integrity and Regulatory Affairs Department, the FIA Safety Department and other various FIA Sporting Departments.

Several of the FIA’s senior officials from the U.S. also gave presentations, including Dennis Dean, Tim Mayer and Scot Elkins.

“The training we received will really be beneficial this season. The sessions really assisted in giving us a better understanding of the FIA’s process and guidelines, which developed teamwork skills during the breakout interactive sessions,” said Walsh, whose stewarding career started more than 15 years ago, officiating for series like Blancpain GT and World Challenge Series, the FIA Creventic 24H Series, SCCA Pro Tour and SCCA National Championship Runoffs. “We have a very strong team not only in Race Control but in the Stewards Room for the 2019 F3 Americas and F4 U.S. seasons. Most of us have worked together before, not just in these championships, but in other professional and club racing series.”

Real-world case studies were a key feature of this year’s program with both the second and third days of discussions packed with interactive recreations of stewards’ deliberations and dialogs from high-profile racing incidents. This year the session moderators could analyze real-time data generated by the attendees, allowing them to discuss the work during team collaborations.

“One of the highlights for our group was being introduced to Charlie Whiting, Formula 1’s Race Director. It was fascinating to hear the experiences of race directors and stewards who have officiated at Formula 1 and other championship events around the world. Relating those experiences to the situations we encounter in F4 U.S.  and F3 Americas will be extremely beneficial to our officiating team going forward,” said Cunningham, who joined the SCCA Pro Racing staff last season after a successful racing career of more than 150 starts behind the wheel. “With the experience I gained last season, and after participating in the preparation work for the coming season, I am better prepared and more comfortable in my role as a steward for the series.” 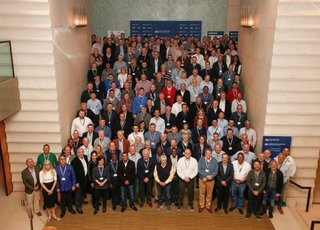 The event also included several engaging panel discussions, one of which featured a wide selection of media representatives from TV, print and online outlets, exploring the different requirements of their media formats when reporting on the decisions that could be more effectively explained and communicated in the media.

“After being in broadcasting for more than two decades, the media panel discussion was particularly interesting and gave me a different perspective on how to better communicate our decisions to the people reporting them,” Till said. “The seminar also helped each of us better understand the FIA's commitment to a fair and consistent application of international sporting codes. And ultimately, it gave us the opportunity to work together in a team setting where we could problem solve and work through simulations such as we are likely to find throughout the upcoming season.”

The final day concluded with a panel dedicated to the perspective of the competitors. Drivers like Formula 1 driver Max Verstappen and FIA World Touring Car Champion and current FIA World Endurance Championship driver Andy Priaulx gave first-hand experiences and perspectives of the stewarding process from across a variety of disciplines.

Goodyear continued, “We have a great group of officials on our team this year with a wealth of knowledge in the sport. John, Steve and Wes are all accomplished racers and established officials with a passion for motorsports. Brian doesn't need an introduction. Brian and I both raced against each other early in our careers, including IndyCar. Both of us went on to a career in television. Brian is an established official over many platforms and l’m looking forward to working with him and the entire team in 2019.”