Benjamin Pedersen Set to Compete in Both F3 Americas and F4 U.S. at Pittsburgh 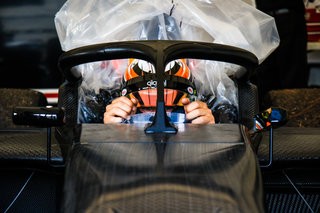 “I’m very excited to be doing both the F3 Americas Championship and the F4 U.S. Championship at the same time,” said Pedersen, who will represent the No. 24 in both series. “We have a lot to learn with the new F3 so I’m looking forward to start developing that car as we have done with the F4 car this season.”

Pedersen also competed in the inaugural season of F4 U.S. in 2016, finishing on the podium in the opening round.

“We hope to repeat the same success we had in inaugural F4 U.S. race,” Pedersen said. “It’s an electrifying feeling for both the Global Racing Group team and me to have competed in the world debuts of both championships. The F3 car is brand new, and I can’t wait to go on this learning and developing journey with GRG again.”

Before F3 Americans Championship joins F4 U.S., the Trans Am Series and Formula Race Promotions for a powerhouse lineup at the Keystone Speedfest, teams will participate in an official two-day series test at Pittsburgh International Race Complex July 30-31. The full entry list for F3 Americas will be released on Aug. 1 and can be viewed at www.F3Americas.com.