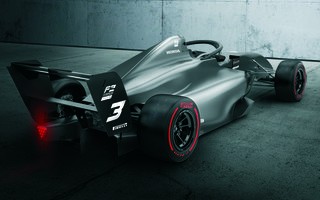 “We are motivated to continue the Ligier JS F3 testing and start the highly anticipated F3 Americas Championship season,” said F3 Americas chassis manufacturer and Onroak Automotive North America General Manager Max Crawford. “The car has changed in appearance quite a bit since its debut in October due to CFD developments, so we are equally excited to reintroduce the car to America.”

During the three-day assessment, multiple Ligier test drivers will shakedown the F3 Americas Championship Powered by Honda car before it makes its way to the United States for the first stateside test scheduled for later this month.

“It’s always exciting to see the complete race car hit the track after months of development,” said Art St. Cyr, President, Honda Performance Development. “The F3 series allows us to showcase the performance of the production-based turbocharged Civic Type-R engine in a modern racing platform, while controlling costs and maximizing racing durability. This means more time on track for the racers, as they learn to manage greater engine power.”

“With our extensive experience building composite race cars and strong, lightweight composite materials for racing and aerospace industries, we are producing a chassis with the safety features of the current F1 chassis,” Crawford continued. “The Ligier JS F3 exhibits the latest in technology, safety and styling which is the new standard for the FIA F3.”

Developed using Pirelli’s proprietary Formula 1 technology, the tires were tailor-made specifically for the F3 Americas Championship in the following sizes: Front 250/575-13 SLICK DMA and Rear 300/590-13 SLICK DMA. The sizes differ to what Pirelli is currently supplying to the F4 U.S. Championship.

“Racing is in our DNA, so we’re excited to support the F3 Americas Championship through developing these specific tires to enhance performance as these drivers aim to reach the pinnacle of motorsports,” said Rafael Navarro, Chief Marketing Officer, Pirelli NAFTA. “We’re committed to supporting motorsports at every level in North America, utilizing our latest tire technology and innovations gained from our experience supplying Formula 1.”

F3 Americas aligns with the global FIA development ladder philosophy of using common components to provide a cost-efficient, reliable and powerful racing structure as drivers ascend through the levels on their way to U.S. or global racing success. The F3 Americas package meets the FIA price-cap of $134,000 and the top-seven drivers entered in the championship will also receive FIA Super License points to aid in their racing career advancement.

“Cost management is always important to us when introducing a new car,” said SCCA Pro Racing Vice President Steve Oseth. “Onroak Automotive, Honda/HPD, SCCA Pro Racing, Pirelli and the FIA really worked together to make this new spec series an affordable upgrade from F4. To offer such an innovative, top-level car, not only in design and performance but in safety, at an affordable price is unheard of in the racing community, especially in the United States.”

The initial batch of 20 Ligier JS F3 chassis are in production as testing continues. More than a dozen cars are anticipated to be on the grid for opening weekend at Pittsburgh International Race Complex for the inaugural Keystone Speedfest, with an additional 20 supplied by the end of the year. Onroak Automotive will begin delivering cars to customers in June. For parties interested in purchasing an F3 Americas car, contact Steve Oseth at soseth@sccapro.com, Jeff Barrow jbarrow@hra.com or David Cooper at d.cooper@onroak.com.

A photo and video package will be available after the test and can be viewed at F3Americas.com.